You now love Pyro On The Pitch as an international institution, but did you know that we also contribute to the wonderful MuseumOfJersey.com?

If you enjoy any combination of interesting retro football kits, beautifully vivid illustrations of said retro football kits (by main man Denis Hurley), a bit of sociopolitical history and classic cold war era match ups (with maybe a bit of trademark Pyro On The Pitch absurdity), then we think you’ll dig the Cold War Classic.

Below are samples of the first two installments, and of course links to the full articles.

“The Netherlands would begin their journey to European glory in 1988 with a trip to a rather sombre Nepstadion, Budapest on October 15, 1986.

To avoid a clash of orange with the red of the hosts, the Dutch would wear a classic white/orange/white away strip, the same as they had worn the last time the two sides had met here in May 1985. On that occasion, Hungary had worn their traditional home kit of red shirts, white shorts and green socks and one would assume the same would be applied here…” 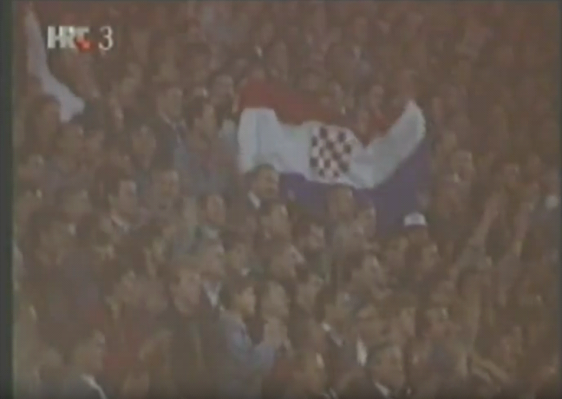 “It is well-known now that top level football is essentially meaningless, but there have been times when the game has transcended sport and taken on a higher level of meaning.

As someone who grew up in Ireland, I can say that the Euro ’88 victory over England, for example, which was Ireland’s first game at a major tournament, certainly seems like something more emotional than just a sport being played when considering the historical and political context of the time. Another game like this occurred two years later when Croatia took on the USA in Zagreb on October 17, 1990.”