In this new feature we will be taking quick looks at individual games from the past in mostly pic+gif form, highlighting supporter actions and flags along with anything else that is noteworthy, as always. We start with Parma’s opening tie in their ultimately glorious UEFA Cup campaign of 94/95, against Dutch side Vitesse.

Updated 2021: Click here for all in the Supporter Snap Back series. 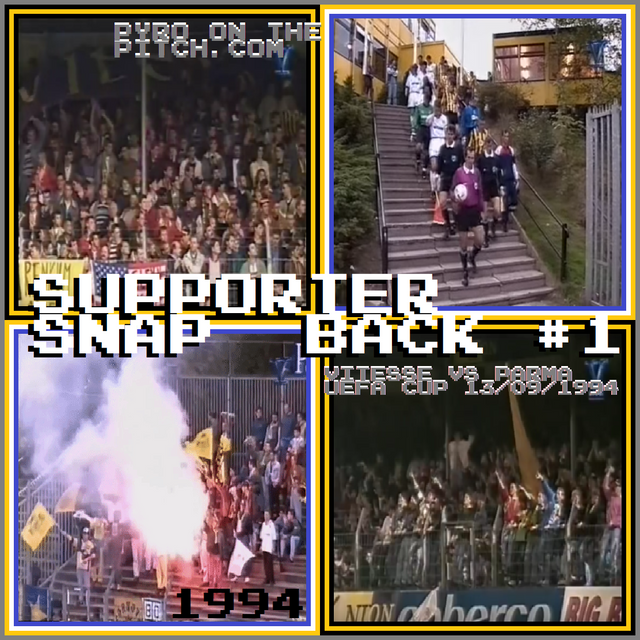 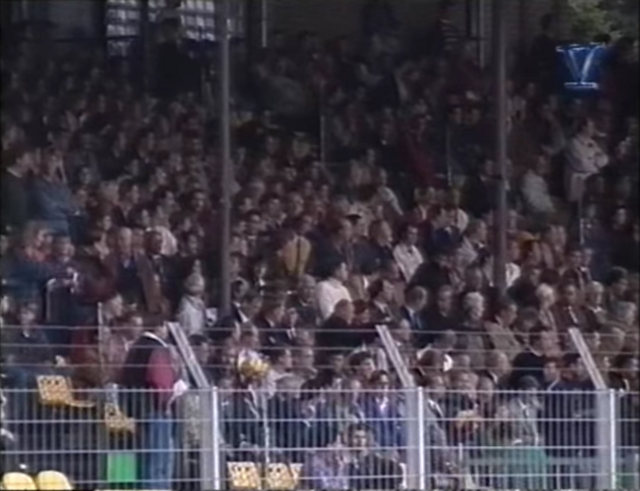 Before really getting to the supporters, the fantastic pink/purple ref’s shirt and tunnel – or rather “the completely safe-for-studs, steep concrete steps from a secondary school” – must be noted: 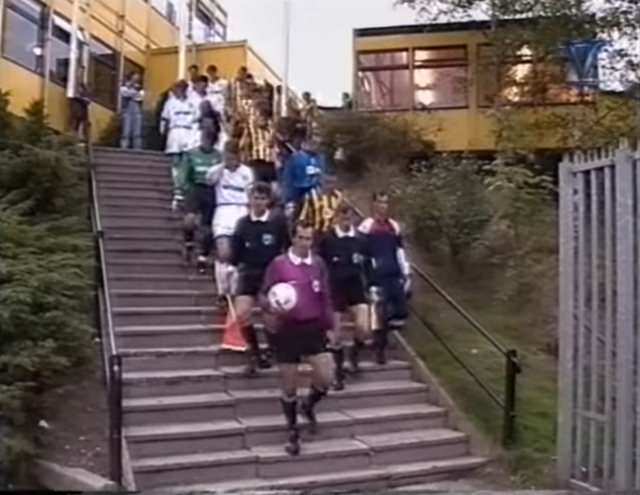 During the descent, the Dutch commentary notes how Derry City were Vitesse’s opponent at this stage of the competition in both 90/91 and 92/93. Just as amazing as above is the actual entrance to the pitch, which looks like something from a detention centre: And we also must appreciate this beautiful Parma jersey, with full kit seen above; one of many classics in both white and yellow/blue from them in the era: With a slightly out of place USA flag on the fence referencing someone named Glenn, the home support display a long “Vitesse” crowd cover at the back of their stand…: …as well as an odd bit of pyro (which may well just be an electrical fault in the ground) as the players line up:

The small but conspicuous traveling support occupy a section of unsegregated terrace behind the goal the the right, including pyro at the start…: …and the famous “BOYS” ultras banner in view at the front: A smaller one can be seen in the background as we get a nice look at the home side’s own Umbro offering: The other side of the same terrace contains home supporters…: … and another, quite populated, triangular sector lays in between it and the main stand: Parma’s goalkeeper top is also a classic as it turns out: Vitesse score late in the game to send the home support into raptures of delight…:

…and we learn that “Martijn ❤ Vitesse”:

After Parma’s Fernando Couto does this…: 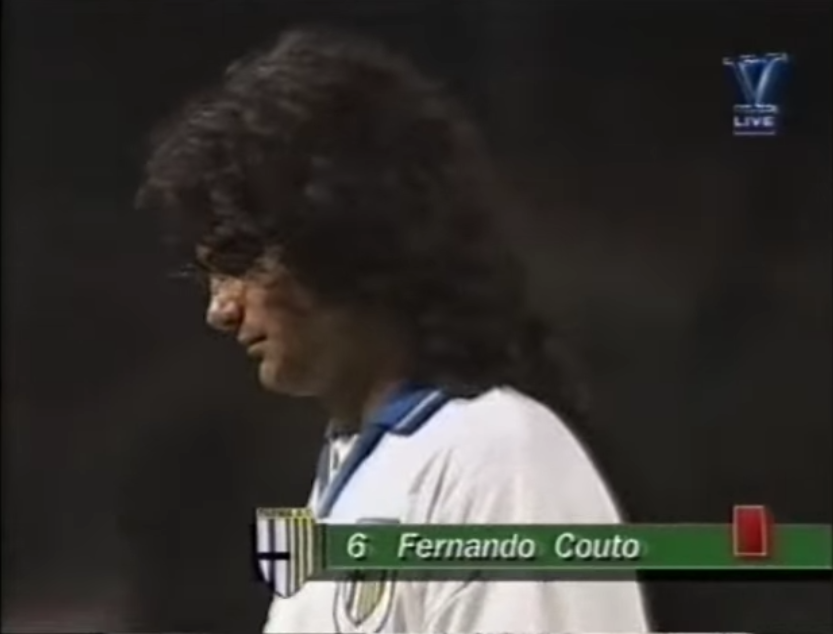 …the final whistle goes, securing a 1-0 win for the Ducth side:

Ignorant to the fact that their team would in fact be defeated by Parma over the two legs, the youth of Vitesse can celebrate long into the night: