Last time out, for People On The Picth #6, we went back to 1981 and took a look at the “self-destruction” of Stadion Galgenwaard, carried out by it’s own home supporters of FC Utrecht. Now we’re skipping ahead a few years and heading across the Channel for a classic English FA cup-tie on supposedly “neutral” ground. The 1982 children’s book “Vlad the Drac”, by Ann Jungman – in which two young siblings befriend a miniature vampire whilst on holiday in Romania and smuggle him back to England – contains a chapter where the dad of the family brings son Paul to a football match. When they return home, Dad is furious and Paul is bloody and beaten. It turns out that Vlad snuck along too and had incited a terrace riot; first by using racist language directed at a bunch of Scotsmen, then with provocative chants such as “Up The Arsenal” and “Chelsea Forever” (we can only assume they were at White Heart Lane), before knocking a coppers hat off in the resulting fracas, for which Paul was nearly arrested. 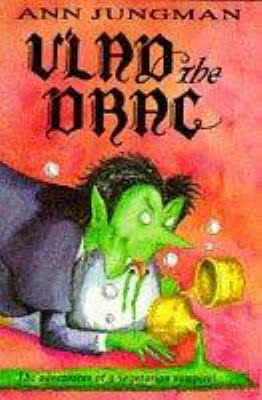 All is eventually forgiven. But the point is that hooliganism and general crowd trouble were such common facets of life by the early ’80s that they had made their way into children’s literature. Of course this manifested at the stadiums with the erection of often ineffectual containment fences in most grounds, to keep the action from spilling onto the pitch as it so often did.  But as we hinted back in People On The Pitch #5, there was a notable exception to this as one big club refused to compromise the integrity of their ground with the unsightly railings.

The club in question was Arsenal and their stadium Highbury, the venue for a 1984 FA Cup semi-final between Everton and Southampton. Highbury had been a regular host of FA Cup semi-finals in since the late ’70s, often along with Villa Park or, of course, Hillsborough. While Highbury’s pitch was vulnerable to encroachment from the stands, the lack of fencing did prove beneficial for the safety of the supporting body as a whole. This was particularly evident at the 1981 semi-final between Tottenham Hotspur and Wolverhampton Wanderers at Hillsborough, at which overcrowding caused a near-fatal crush in the Leppings Lane end.

Supporters were forced to scale the parameter fence to safety, and at half time many were moved to another section of the ground. Catastrophe was avoided for now and the game ended 2-2. The replay was moved to Highbury which negated this element of danger, as, even if overcrowding had been an issue, there was no such risk of the supporters being caged in to a confined space.

During the following two seasons, Highbury hosted an 82 semi-final between Queens Park Rangers and West Bromwich Albion, and Brighton & Hove Albion vs Sheffield Wednesday in 83. Both were obviously festive occasions with classic cup atmospheres and included minor pitch invasions for the victorious fans both years in QPR and Brighton, two sides with relatively small support bases. But the 1984 edition saw the arrival of one of the Football League’s biggest clubs in Everton, who were to take on Southampton for a second consecutive north vs south semi-final clash in the capital.

In what was an age of increasing mayhem, Southampton came into the game as one club not so famous for a hooligan problem, generally overlooked for their larger, more violent southern coastal neighbours, and bitter rivals, Portsmouth. Everton, on the other hand, were known for their “County Road Cutters” firm, who were among the most prominent in the country at the time and had helped usher in the casual era, which was at it’s peak.

Incidentally, the Cup semi was not the only neutral game played in the ground that year. QPR would again be present to host Partizan Belgrade in a UEFA Cup encounter in November, at which the near empty terraces provide another good look at the fenceless ground in it’s natural state, filled only with endless crush barriers (although a fence does the divide the stand within the terrace).

With a vintage Cup-tie atmosphere and an attendance of 46,587 at Highbury, we see that blue and white hats are the order of the day for many Everton fans, followed by a classic swaying mass of Southampton supporters:

The majority of Evertonians are crammed into the end behind the goal to the left, Highbury’s North Bank: As the bigger club, there are many more Everton fans around the ground as well: In between the blue and white caps, it is clear that we are smack-bang in the middle of the casual golden age here: After 90 mins the score is still 0-0 and with no semi-final replays in this edition of the tournament, the game goes to extra time. Everton manager Howard Kendall is angsty as he displays a sort of chopping motion, unlike his colleague in the powder-blue suit who seems in buoyant mood. From this we also get a look at some beautiful Le Coq Sportiff tracksuits on the Everton “bench”, which is itself a class piece of architecture: Finally, after 117 minutes, Everton’s Adrian Heath puts the ball in the net with an awkward header. Just watch that terrace pop:

Looking closely at the above, you can see a leg coming over the advertisements, just behind and slightly to the right of the frame, kicking off the first pitch invasion of the day. Through the action replay we catch the same supporter, well on his way: Within seconds Heath is surrounded by fans and team mates alike, as off-camera many more fans enter the field:

We get another good look at the casual fashion on show with this gentleman’s fetching yellow garment: There is also a very nice maroon/white/gray tracksuit top on one supporter, while the unabated joy on the hat-wearer’s face sums up the moment: The celebrations continue as the commentator factually states “And the Everton fans are on the field…”, as some policemen saunter over to try and curtail the maniacal Merseysiders:

But the chaotic jubilation continues as more and more enthusiastic Evertonians rush to congratulate their hero Heath:

As the replay of the goal is shown, we get the line from commentary:

“And it’s going to take a minute or two to clear Highbury from the Everton fans who have invaded in strength.”

Even after the replay we can see that there are still supporters on the pitch. Similarly to Ion Geolgău in Pyro On The Pitch #11, goalscorer Heath now is now trying to usher fans away, understandably eager to finish the game:

From this we get a touching moment where Heath doesn’t exactly seem thrilled to have a stranger tenderly holding him by the neck, with his face millimeters away: Again, his agitation at this is quite understandable. Speaking of understanding, the commentator then justifies the pitch invasion while simultaneously giving a green light to anyone watching at home to perform a similar action, with the line:

Well the Everton fans are now getting back behind the barriers, and in a way you can understand their jubilation when you consider how they’ve played second fiddle up on Merseyside so long.

With mere minutes to go, the Everton faithful continue to celebrate as chants of “We’re all going to Wembley!” ring out while the clock counts down…:

Meanwhile all is quiet at the Clock End where the Southampton supporters are based, but a row of Police guard the pitch just in case: At the other end the Police line up also, but ultimately helpless as many fans are just standing on the grass behind the touchline rather than back in the actual stand: We can see one roguish young chap scurry back over the hoardings, away from the clutches of the Old Bill after an aborted attempt at standing on the field:

He’s not the only with the idea, as off-camera another fan goes for a casual stroll across the pitch causing the referee to pause the game again. The commentator gives us another great line:

And there’s one fella who’s come on the field to hold things up, the Everton fans are giving him a right roasting you can be sure.

From the wide shot that follows we can see the culprit and he really looks like he’s just going down to the shops for the paper. Another fan in a classic denim jacket/jeans combo rushes on too, presumably to try to get to his colleague, but he is expertly shepherded by Everton players while the original invader struts off aimlessly with the help of a Southampton player: The game is restarted as the commentator lets us know that the Everton fans are “are all ranked up behind Peter Shilton’s goal”. Only seconds later the final whistle blows to an all-mighty roar, queuing the inevitable mass invasion. As Southampton were about to have a thrown-in at the corner flag, we first get a marvelous close up shot as the crowd ejaculates from their tribune and onto the grass:

Note the classic casual jumper/hair cut/jeans/trainers ensemble on one fan, while the supporter beside him appears to be the same fan who was jumping joyously over Adrian Heath earlier: As is common in this kind of situation, some players run for their lives but the commentator informs us that the Everton players are dancing with joy, which is nice. A wideshot shows us the tsunami of supporters and some classic graphics: The last shots from the broadcast show the Everton fans raucously cheering their team off the pitch and surging in alarming density:

But this was of course not the end. From a news report later, we learn that Southampton fans had come on to the pitch as well and apparently about 1000 fans charged at each other with the police “hopelessly outnumbered”, as the report states:

Chaos reigned as the Police played cat and mouse with supporters where they could. Below is an admirable escape attempt: Extra police were brought on to the pitch in an attempt to retain order…:

…as well as a horse-mounted unit, which eventually did force people back into the stands:

One long haired fan appeared to be wearing a flag, or piece of clothing, featuring a cannabis plant, for which he must be commended:

We learn that more than 80 were arrested and several injured. The news report ends with an acknowledgment of Highbury’s lack of fencing and Arsenal’s intention to discuss the incidents the following week, as we see more footage of roving gangs charging around the field: Arsenal’s stadium did in fact remain fence-free after this, as you will know if you remember the photo of the QPR-Partizan Belgrade game which came later in the year. But the repercussions of what happened were felt as Highbury was not awarded another FA Cup semi final until 1992. By that time it made no difference, as the fences were coming down in all other Football League grounds in England due to the events of another semi-final. As, while Highbury had been shunned for its lack of human cages, another ground was rewarded for their continued use. That is of course Hillsborough, scene of the 1989 crowd cursh disaster, where cup semi’s had continued to be played despite the clear warnings we talked about above at the 1981 semi final there.

Oh, and Vlad ended going back to Romania and became a cheesy tourist attraction.