People On The Pitch #10: Coventry City vs Nottingham Forest, Football League Division One, 22/04/1978

Last time in People On The Pitch, we looked at a fiery Italian affair in which Salernitana’s hopes of promotion in 1996 were dashed. We now turn to another end of season episode from a couple of decades earlier in England, but one with quite a different vibe. 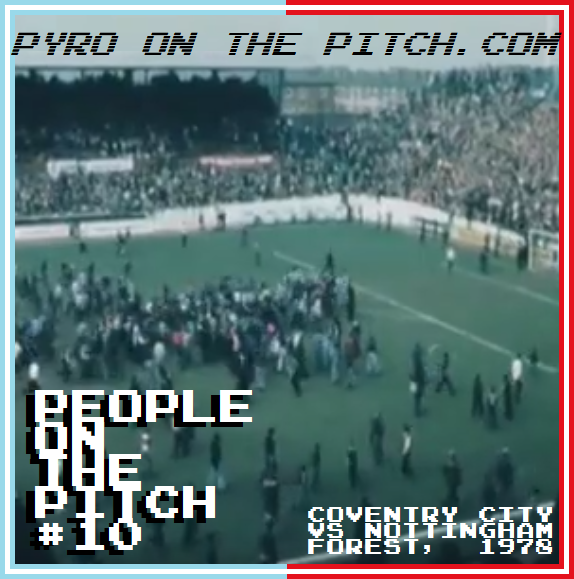 In January 1975, Brian Clough became the manager of English Second Division side Nottingham Forest. This came off the back of a disastrous 44 day spell as Leeds United manager the year before, but Clough had already won Second (68/69) and First Division (71/72) championships with Derby County, as well as victories in the prestigious Watney Cup (1970) and Texaco Cup (71/72).

A 16th place finish was followed with an improved 8th in the manager’s first full campaign the next season, before the trajectory continued with 3rd in 76/77. The position meant automatic promotion for Forest, as this was before the days of play-offs when the top three finishers would go up.

By the time 1978 rolled around, Clough’s team had only been defeated three times in Division One, with the latter of these – away to Leeds on November 19th – ultimately turning out to be their last league loss of the season. With two points awarded for a win at the time, a trip to Coventry City’s Highfield Road in April would see Forest take an amazing league title for the first time in their history with only a draw.

In terms of the fan scene, England was swiftly hurtling toward the hooligan hey day of the 1980s. But of course the 70s had also it’s share of chaos, as fighting and pitch invasions became more and more common.

As the decade had progressed, joyful, celebratory invasions (such as this or this) were joined with deliberate attempts to stop matches when the result was not going your team’s way. With organised hooligan firms already in places since the late 60s, at least in proto-form, violent encounters became more and more usual too, as demonstrated by a famous clip of a Chelsea fan outnumbered by flare and platform boot wearing Tottenham supporters in 1975.

The activity of making your way on to the pitch went “viral”, with many young, mischievous fans seeing it as a marked target. By the 80s, this would manifest in menacing fencing in many grounds around the country, with disastrous results later. But until then, it remained easy for larger and larger numbers to leave the terraces and hit the grass, as that April day in Coventry would show.

22/04/1978: Highfield Road is packed, as 36,881 supporters fill the ground for the game that could decide Forest’s title. A win could be important for the home team too, as a UEFA Cup spot lay within their grasp:

As the away team emerge from the dressing room, we can see the shiny, futuristic Adidas shirts they have acquired since the Second Division, although interestingly goalkeeper Peter Shilton’s jersey is made by Umbro:

As for Clough himself, a characteristic yellow jumper is employed, along with a classic Adidas tracksuit top on his assistant: 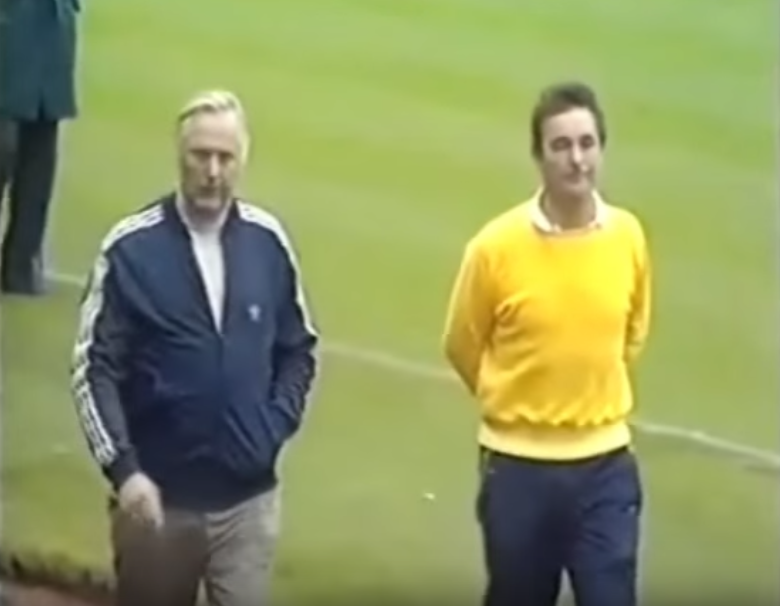 A chance for City in the first-half triggers a mini-avalanche in the home end:

Shilton turns out to be the hero of the day for the visitors as he makes a sensational point-blank save in the second-half, much to the adulation of the Forest supporters behind him:

It’s a save that wins them the championship, as soon after the final whistle is blown and Nottingham Forest, having just come up the year before, are champions of England. The fans sing:

For the second time in his career, Brian Clough had taken a Second Division team, gotten them promoted, and swiftly won the league, but this time in even quicker succession than with Derby: 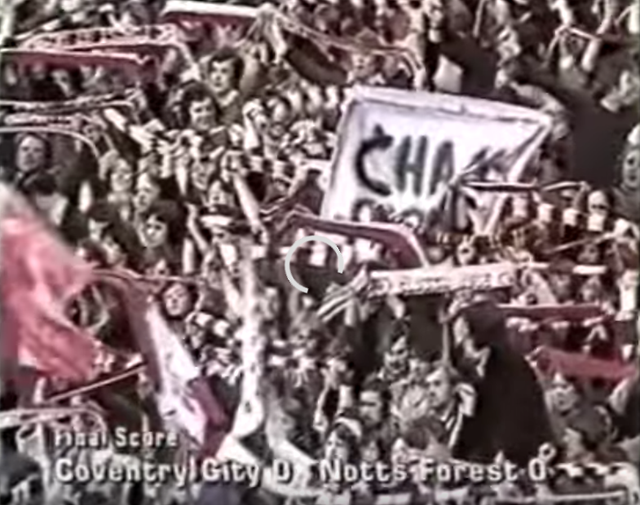 But we still haven’t gotten to our people on the pitch.

The first sign of it is one away supporter, clearly in a state of euphoria at his team’s inaugural championship, who in the clip below can be seen breaking the police line just as the camera zooms in on the raucous terrace. His goal, once on the pitch, is unclear, but presumably the need to burn off some excess energy made a sprint around the grass the most obvious thing to do: 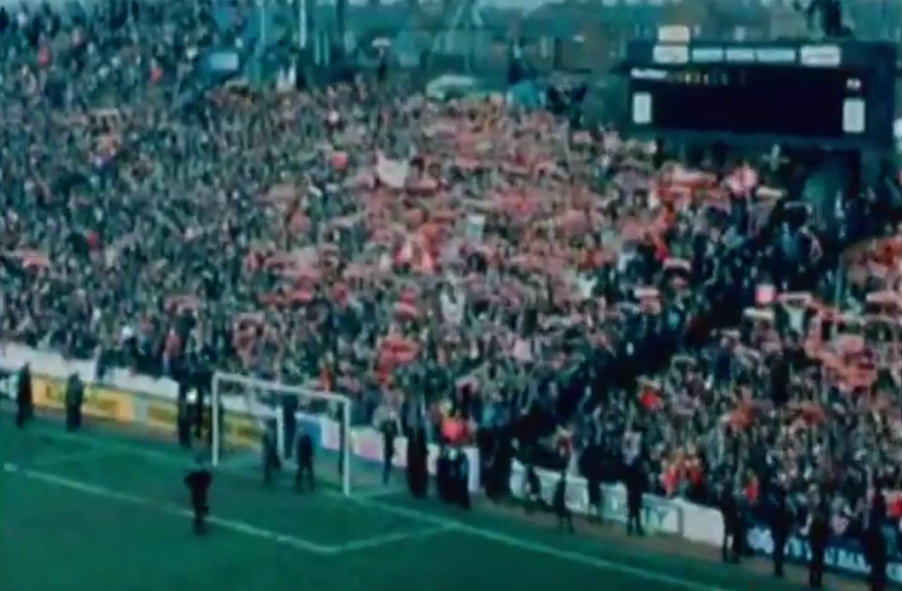 Surprisingly, however, it is from the home end that a leak is sprung. Perhaps due to the polic being busy with the Forest fans, Coventry supporters enter the pitch en masse and head towards the other end of the stadium: 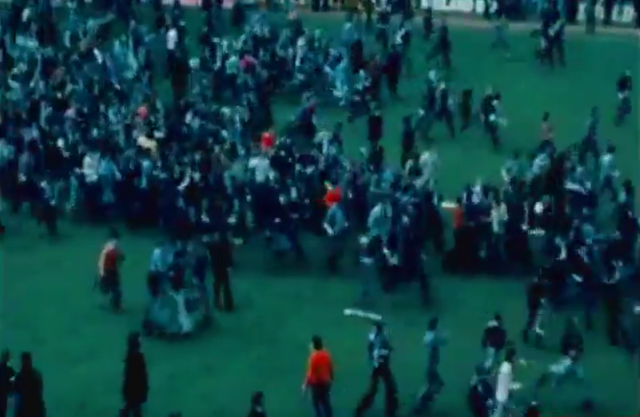 What happens next, though, is a bit of a let down for those expecting all-out carnage. Clearly not knowing quite what they wanted to achieve, the young mob stops short of the penalty box. Corralled by only a hand-full of police, a few Nottingham nut-jobs (they won’t mind us calling them that) do make it on to confront the Sky Blues fans:

Most of the away support continue to sing and hold up scarfs, while the coppers on the pitch move the invaders back towards their own end:

With the constables happy to contain them around their own penalty box, the Coventry fans conduct their own sing-song. The sight of scarfs in the air is one that would become obsolete in the following decade, as casual culture took over: 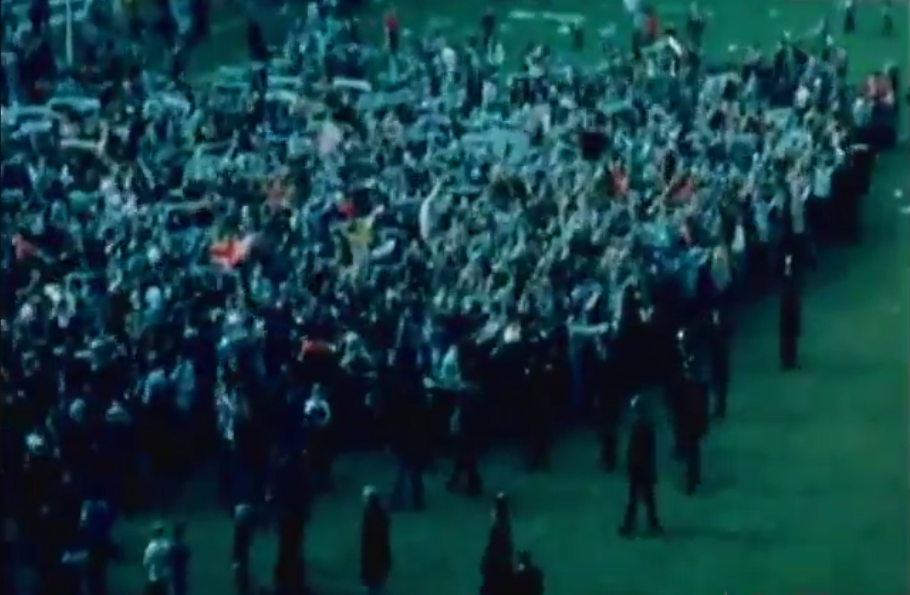 Just when the situation seems under control, the inverse of the earlier scenario takes place. With the police occupied at the other end, the Forest fans seize their chance and, in large numbers, stream out of their enclosures: 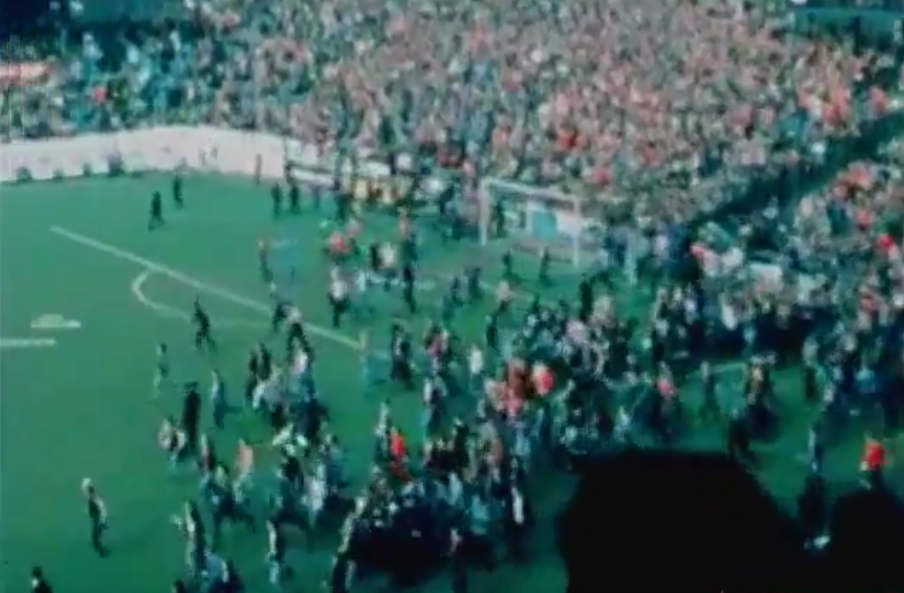 Once again, though, anyone expecting full scale war watching on from the main stand will have been heart broke, as the Forest fans police themselves by stopping around the half-way line, showing an “innocence” still of the age that would quickly fade:

At last, some brawls do actually take place, although the authorities successfully keep the two bodies of humanity away from each other from the most part. Perhaps with two teams of more sinister reputations, a critical scene would have developed. : 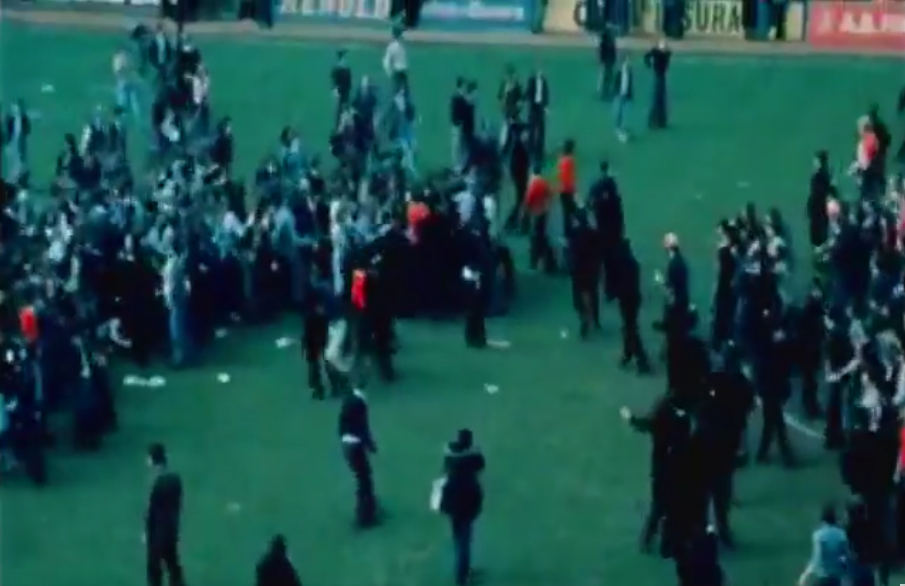 Back in the terrace, the remainder of the away fans continue to celebrate their brilliant season and league win:

And so concludes our story. It may not have been a particular aggressive incident – more like young people showboating and taunting each other than hardened hooligans fighting – but the sheer astonishing scale of the invasions clearly displayed that the amount of police deployed would not be equipped to deal with any potentially explosive situations in the might occur in the future, as things got even more out of control.