Our regular guest slot over on MuseumOfJerseys.com is back, with installment eleven of the Cold War Classic. In each edition we usually discuss a vintage east vs west international match-up (the exception so far being Austria vs Sweden, 1973) from the Cold War era, specifically relating to the amazing and fascinating kits of the time and their evolution. Detailed backgrounds are included, and all retro kits relevant to the story are expertly illustrated in glorious colour by MOJ top boy Denis Hurley.

For the latest installment we look at Norway and the Soviet Union as they progressed through World Cup 86 qualification, culminating in a freezing show-down in Moscow that required extra garments. See below for a preview and link to the full article. 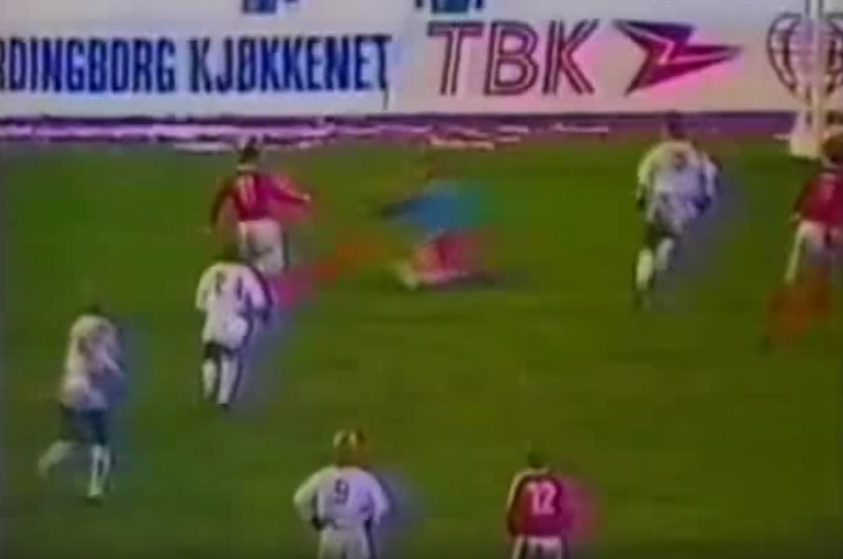 In 1984, Norway and the Soviet Union were paired together along with Denmark, Ireland and Switzerland in World Cup 86 qualifying Group 6 (see here for a look at Ireland’s many kit variations during the campaign). By modern standards, it seems a harsh, cut-throat draw for all, displaying the type of competition that existed before the introduction of many of Europe’s weaker teams – in part thanks to the break-up of the likes of the USSR. Also of major significance was that Ireland were the only side who didn’t wear red home shirts, meaning that many change kits would be needed.

With two teams going through, the top-seeded former European champion Soviets were group favourites. Denmark and Ireland both possessed emerging, talented squads, but neither had made it to a finals before, while Switzerland did have several tournament appearances to their name, but not since the 1960s. Still years away from their own golden era, this left Norway as the bottom side, having been drawn from a seeding Pot E (the lowest) that only also contained Finland, Malta and Luxembourg.

The USSR, wearing the adidas that they were known for throughout their later period, began the group away to Ireland in a sublime all-white away kit, with red v-neck collar, short-sleeve cuffs, pinstripes, and stripe trim…