Welcome back to the series that celebrates all the aesthetics of old school football that we love. Aside from the fact that the sport at it’s top tier has moved so far away from what it was in the 20th century – bringing with it the non-sporting aspects that interest us more – the progression of technology and society in general that have propelled this change mean that the things we look back on fondly are simply gone forever. Except here.

Previously we have had special focus-installments, such as our look at Belgian league “grittiness” in the late 80s-early 90s, and the wacky world of the football TV presenter last time out. But now we return to a wonderful array of images from all over the colourful spectrum of vintage football. Quintessential communist stadium (Ernst-Thälmann-Stadion in the former Karl-Marx-Stadt, named after the leader of the German Communist Party in the Wiemar Republic) fittingly hosting a “Fall of the Iron Curtain Derby”, East Germany vs USSR, World Cup qualifier, 08/10/1989: 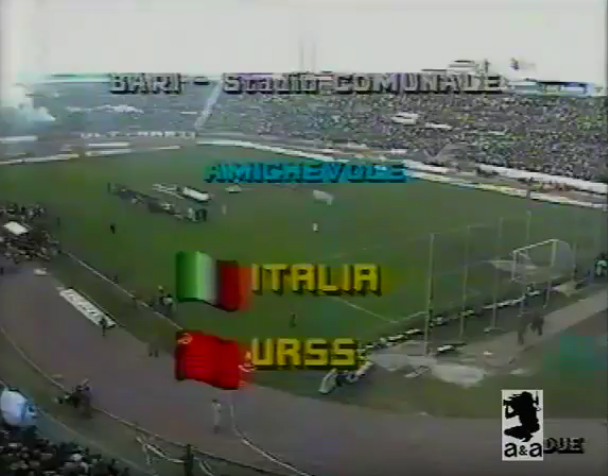 Beautiful 70s scoreboard in Rheinstadion, Düsseldorf (Bökelbergstadion was being renovated), displaying an astounding scoreline (game would ultimately end 12-0) of one “Prussia” over another, Borussia Mönchengladbach vs Borussia Dortmund, Bundesliga, 29/04/1978: 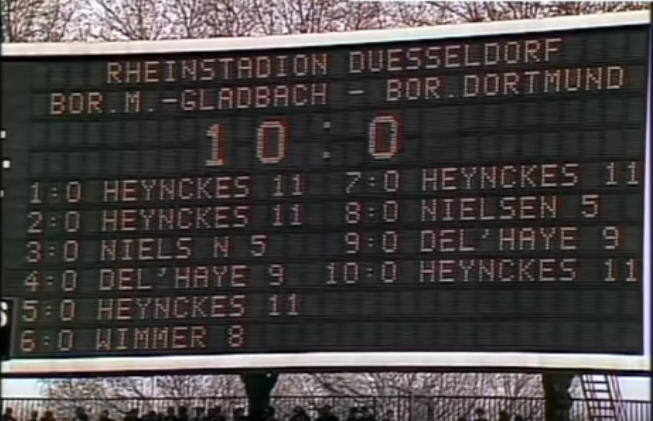 From the same match as above – in which ‘Gladbach hoped to outscore first place 1.FC Köln to clinch the title on the last day of the season – fans listen to Köln vs St. Pauli on the radio (a game that would end 5-0 to give Köln championship), Borussia Mönchengladbach vs Borussia Dortmund, Bundesliga, 29/04/1978: The gargantuan, eastern majesty of Stadion Crvena Zvezda, with Belgrade looming in the background, for a rescheduled game that had been abandoned the previous day after 63 mins due to dense fog, Red Star Belgrade vs Milan, European Cup 10/11/1988: 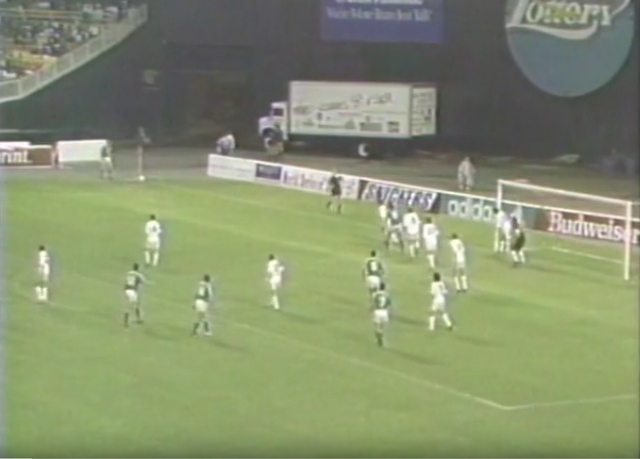 The setting sun silhouettes a treeline behind the Drumcondra End of Tolka Park (played there as Richmond Park was too small), with a large Irish-tricolour draped above the goal, St. Patrick’s Athletic vs Hearts, UEFA Cup first round-1st leg, 07/09/1988: An ominous line of riot police guard the pitch in Heysel Stadium as a penalty is about to be scored, Club Brugge vs KV Mechelen, Belgian Cup final, 15/06/1991: Classic graphics and crest (and a multitude of extra people on and around the pitch), FC Nantes vs Paris Saint-Germain, Coupe de France final, 11/06/1983: Architecture with local character at Eastville Stadium, and beds of flowers behind the goal, Bristol Rovers vs Sheffield United, Watney Cup final, 05/08/1972: 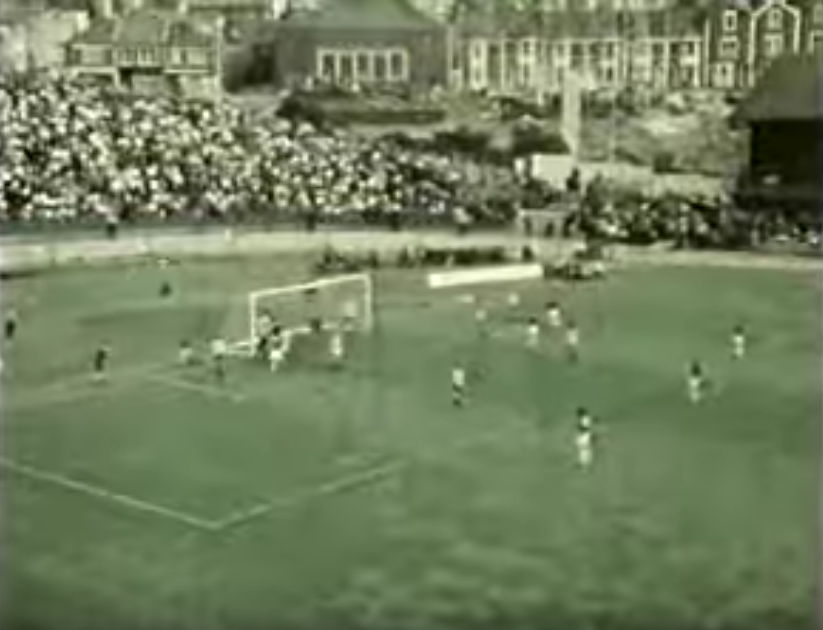 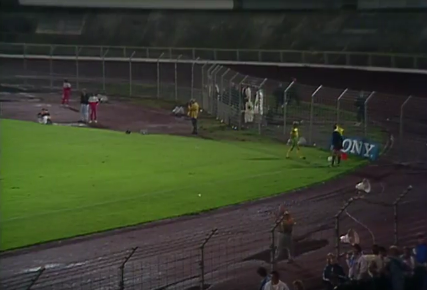 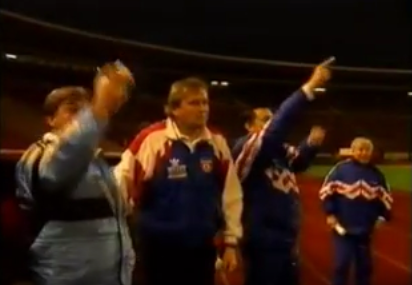 Children in Swiss club kits ahead of the international match, Switzerland vs Scotland, Euro qualifier, 11/09/1991: 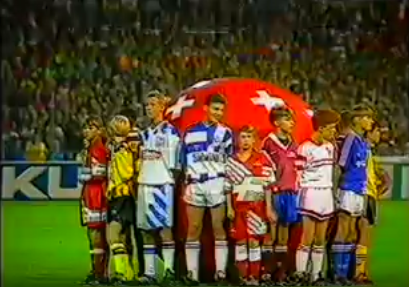 Flares on the tribune and a unique end, Hajduk Split vs Partizan Belgrade, Yugoslav League, 19/11/1989: 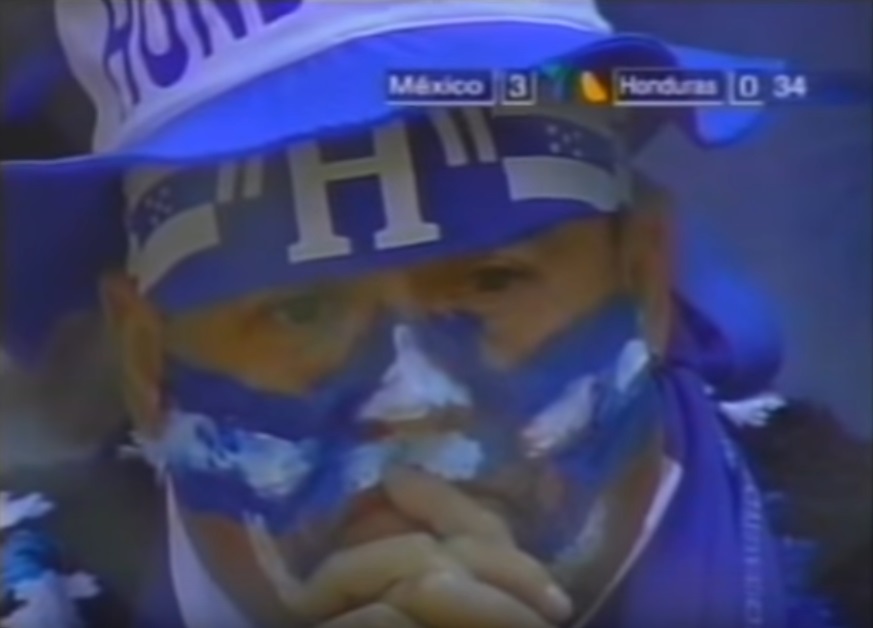