For every entries in the series so far, already featuring some historic and classic designs, click here.

It’s time for our first retro goalkeeper shirt and what a way to start: 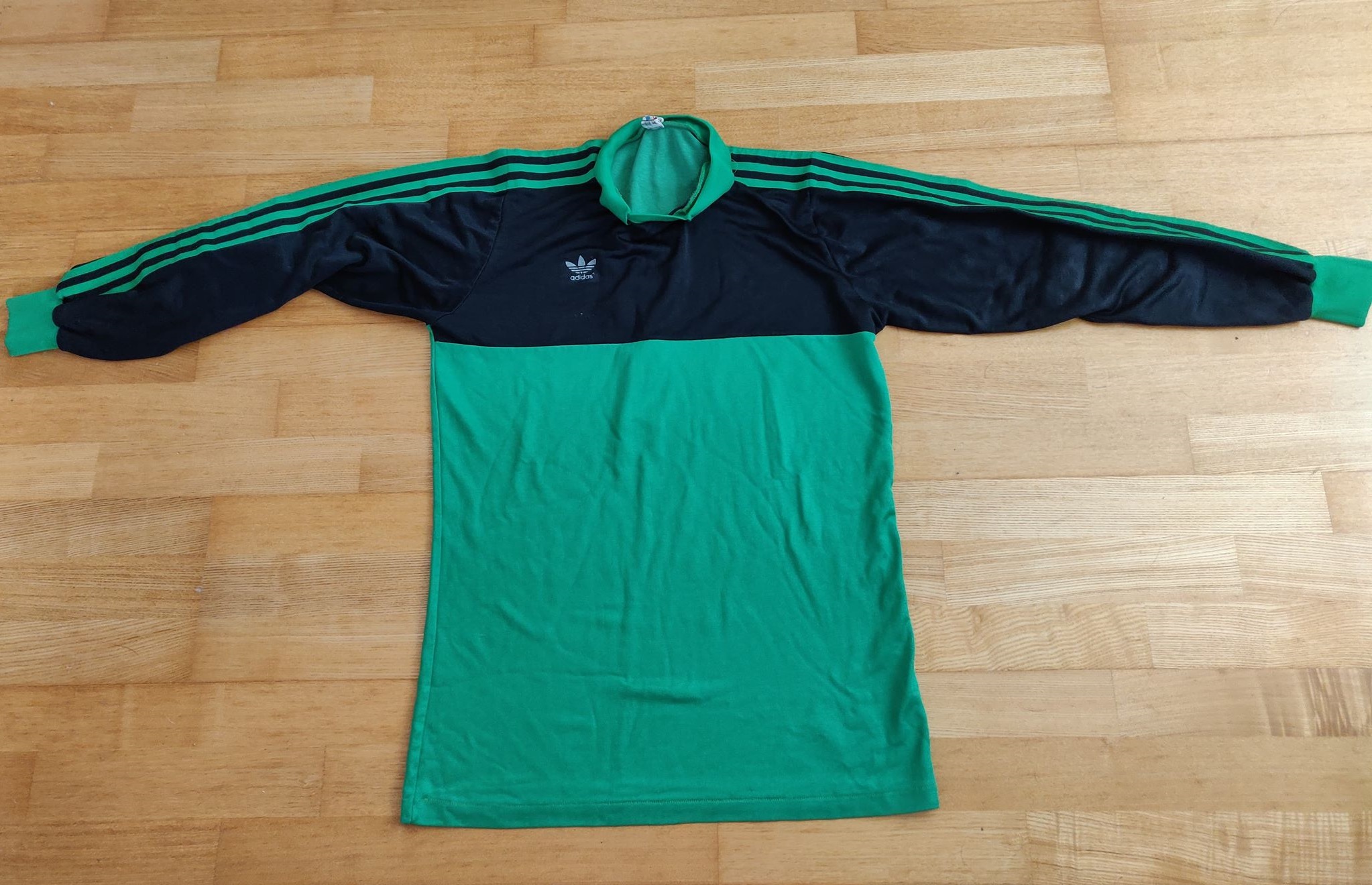 For most information on this template and it’s history, we’re just going to send you here – to Museum of Jerseys’ Part 1 in the Evolution of Adidas Goalkeeper Shirt Designs since it provides all you need to know. But as they state, the design dates back as far as 1978 – first seen in use in a Netherlands pre-World Cup team photo from that year.

It would go on to be employed by many Adidas clubs and countries – several listed above –  and with a variety of different colours utilised to accompany the commanding black upper-section. But this shade of green probably remains the most commonly associated colour for the template: 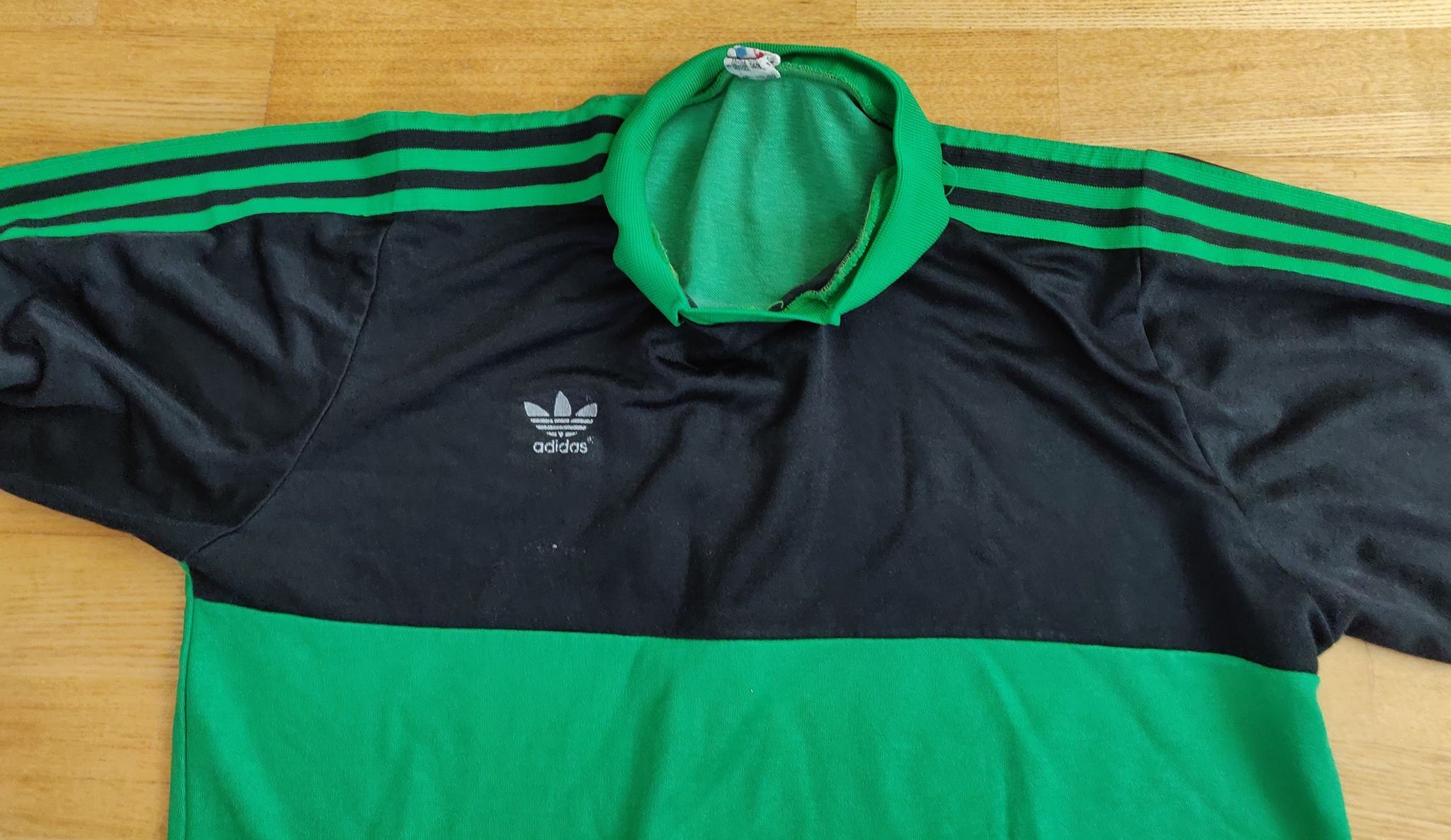 Our specific shirt was used by Dublin non-league side Mount Street FC in the late 80s and early 90s, donated by a family member who player-managed the team. The earlier heritage of the template is evident through the trefoil, which is the version used with the upper horizontal line “splice” only, as used by Adidas in the early to mid 80s (opposed to the “fully spliced” version used in the late 70s): 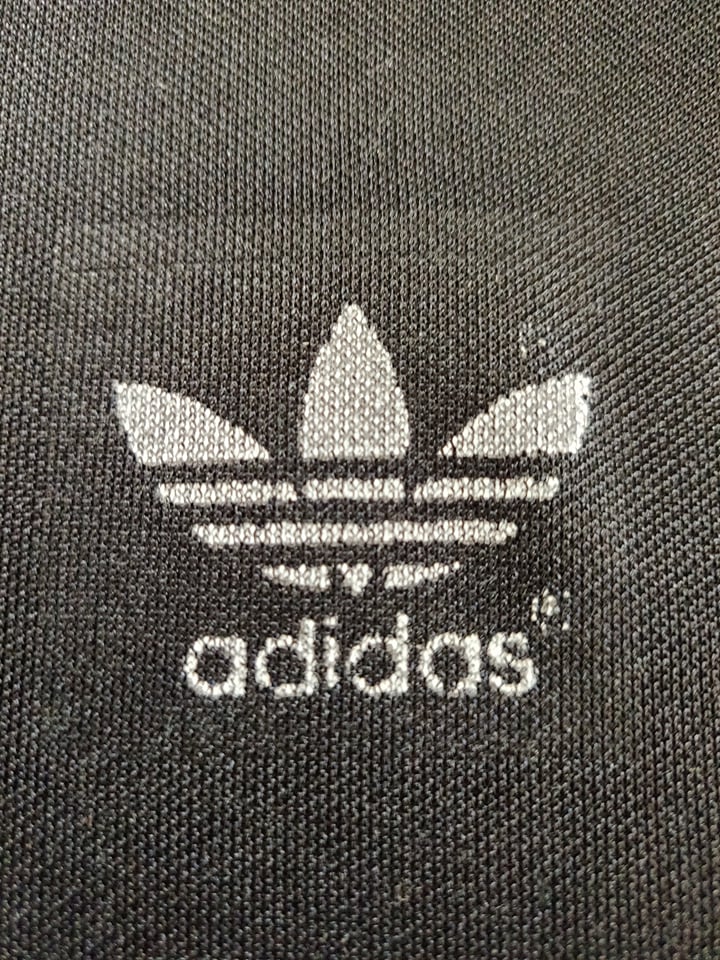 The trefoil on the label is the regular design though, as is usual: 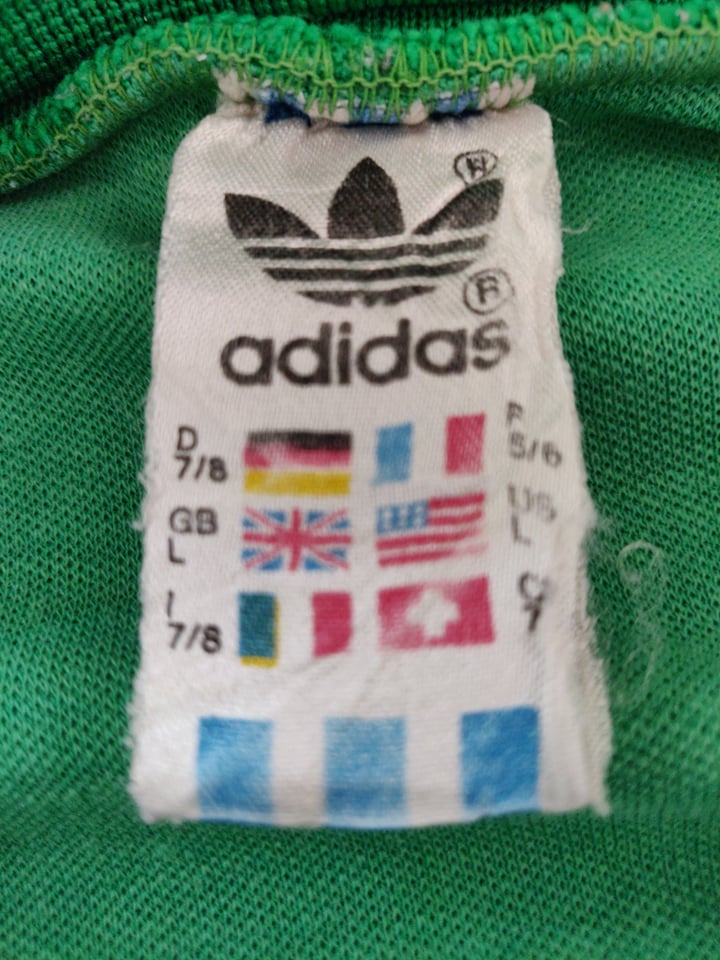 While lastly looking at the back, we must take a second to appreciate the beauty of the black and green sleeve stripes, which are a majestic combination, plus the cuffs. And of course the number 1, in classic Adidas striped font: 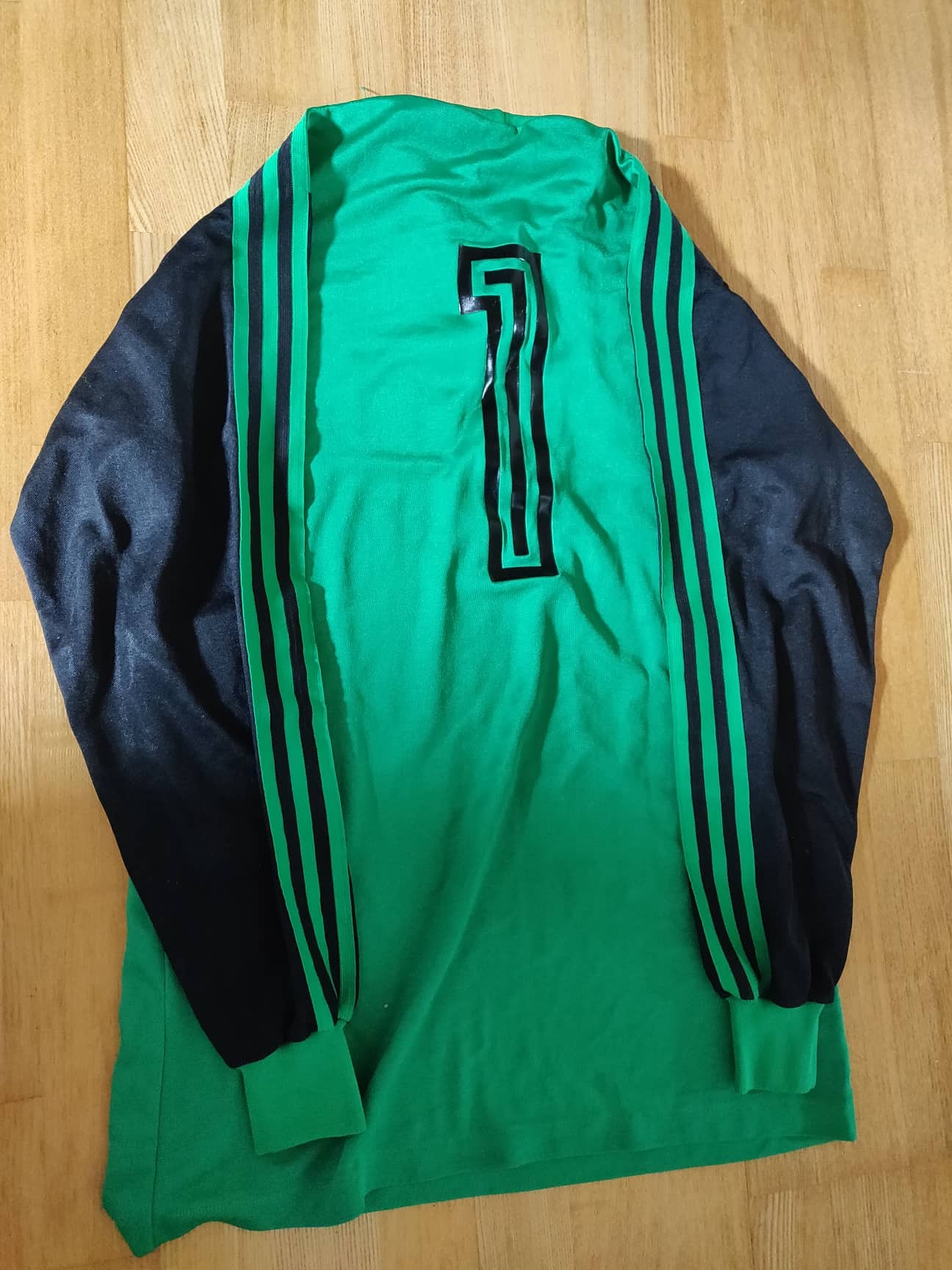