In this installment of APMFVGFH, we’re going back to the start of the Pro Evolution series with the original Japanese version Winning Eleven from Konami in 1995. As always, major props to the gamer who played and uploaded the video, which can be found here.

Winning Eleven starts with this amazing intro, showing a pitch in what seems to be some sort of inflatable football ground floating in the sky: 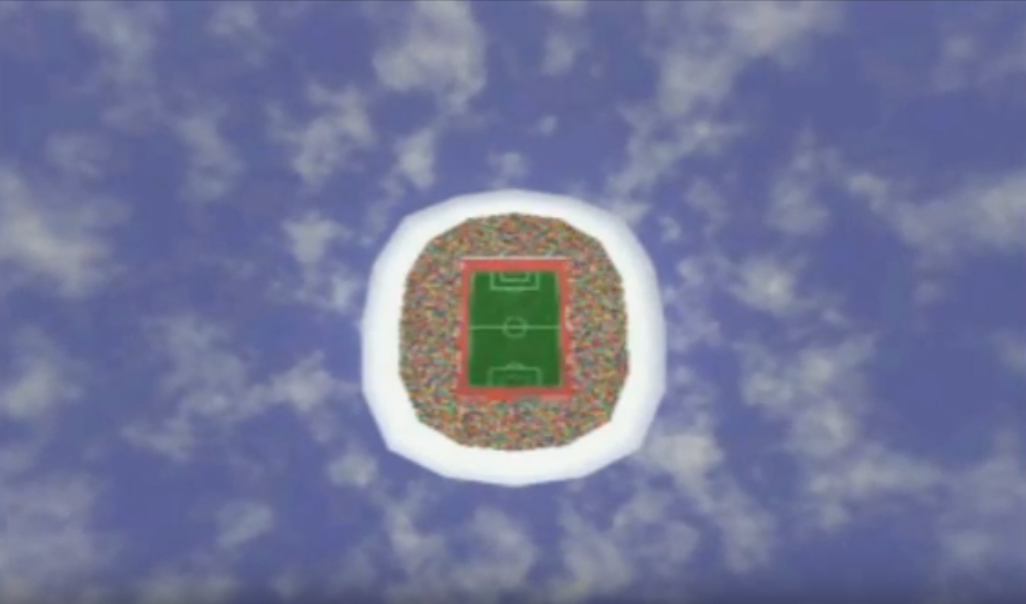 The stadium is packed to an alarming degree, with no rows, steps, entrances or anything else visible: 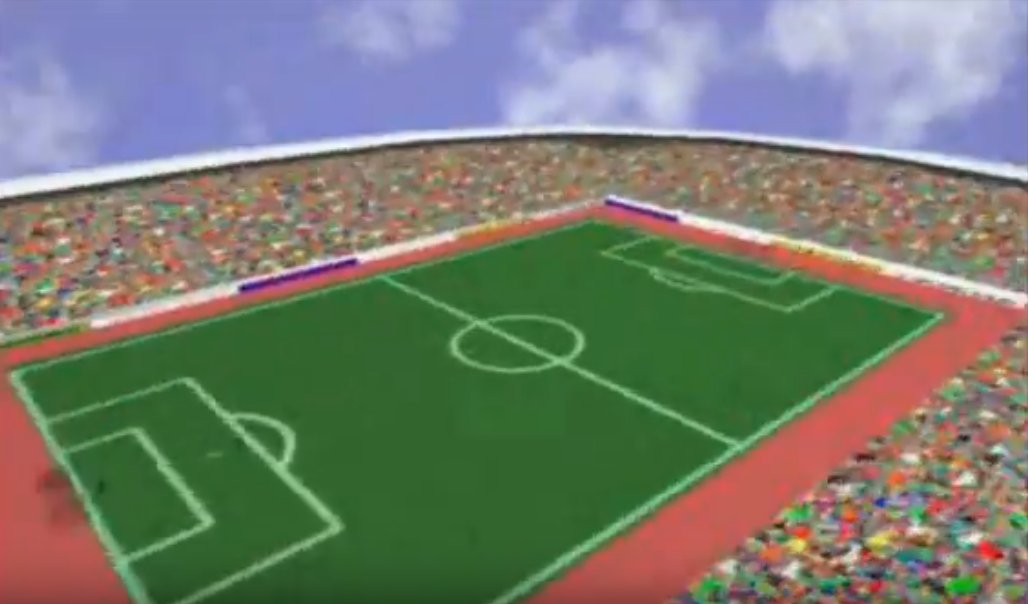 An even more disturbing image comes when they switch to this humanoid-type creature. His face is devoid of orifices or eyes, but he still stares into your soul: 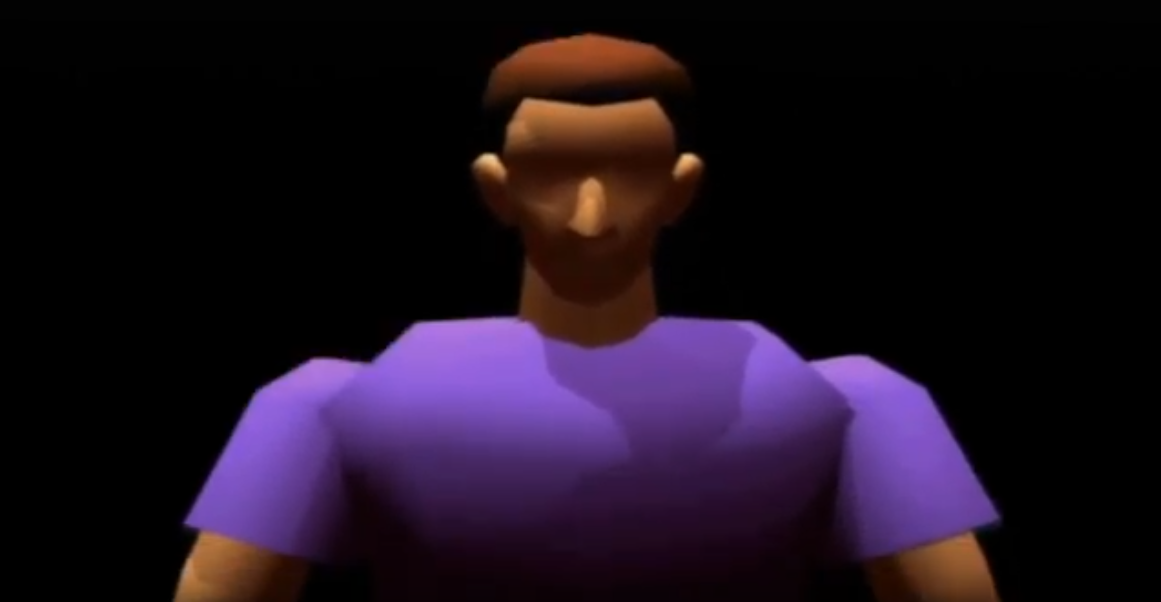 He has got skills though: 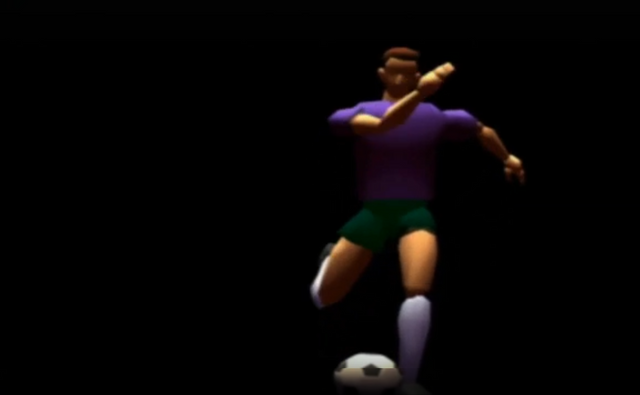 Winning Eleven has a J League license with real Japanese clubs and players. Thanks to this, the team select screen is one of the best things in this game as it gives us an image of each playable team’s mascot: 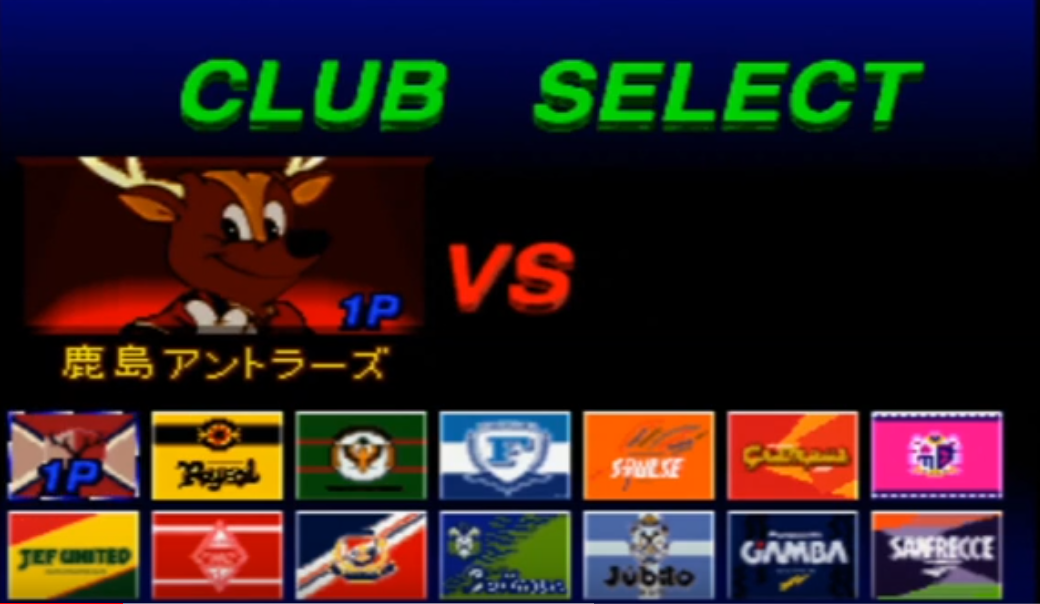 Collectively, these 14 are an amazing bunch who really should have starred in their own epic anime feature length film (and, knowing Japan, may have done so). It was definitely worth getting them all together:

We have a well known fondness for the way the Japanese do things, so discovering this was of course utterly delightful. Show the above to anyone and chances are they would never guess it came from a football game, with only one character’s just-about visible ball slightly giving it away.

Going to a match itself there are no improvements on the crowd-front, with no banners or flags to speak of. These would come later in the series (plus pyro), which we will surely come back to in due course: 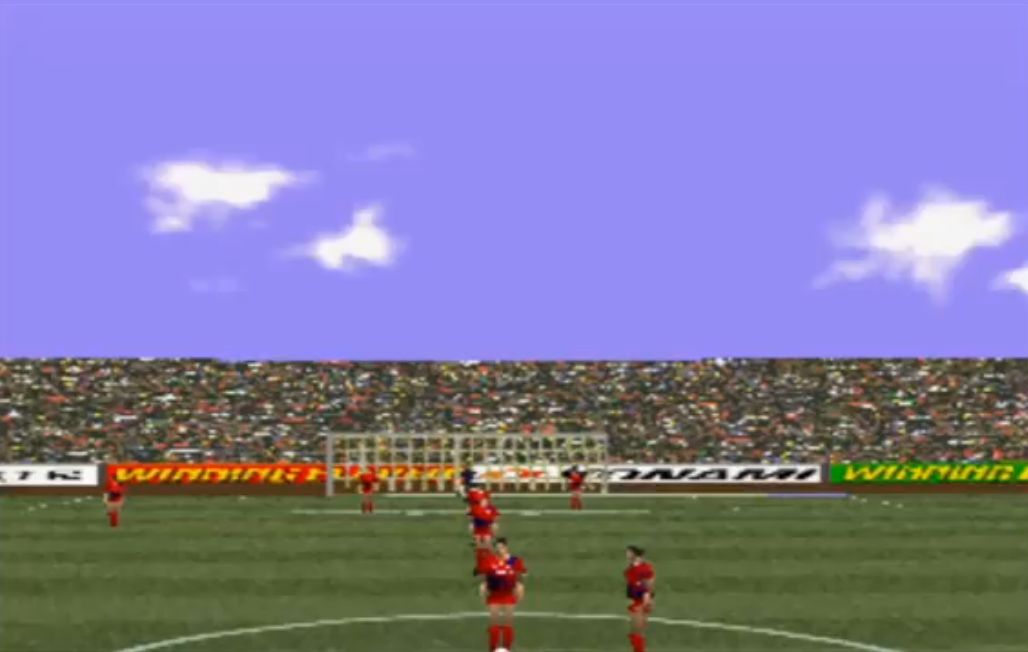 So evidentially all the matches in this game taking place in the floating stadium in the sky, which is at least plausible. The players are quite blocky as you’d expect (we’re not video game experts by the way) but there are some admirable attempts at kit graphics, which were ahead of most other football games of the time: 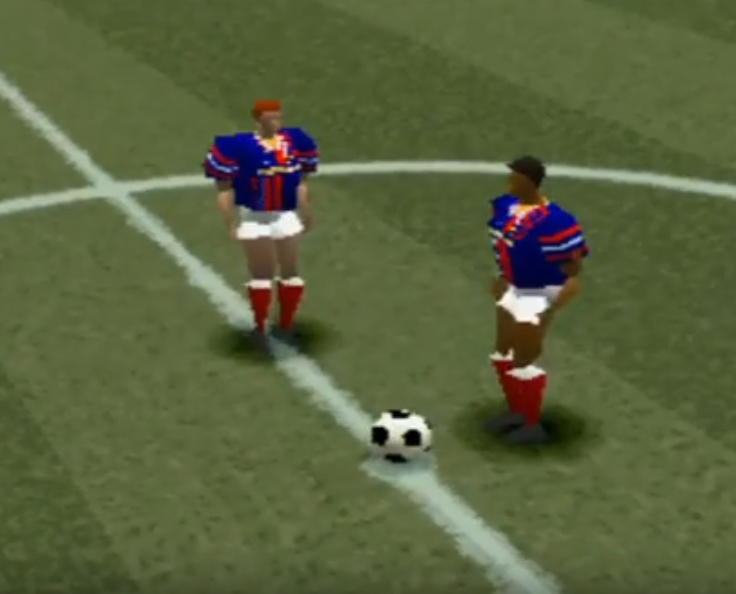 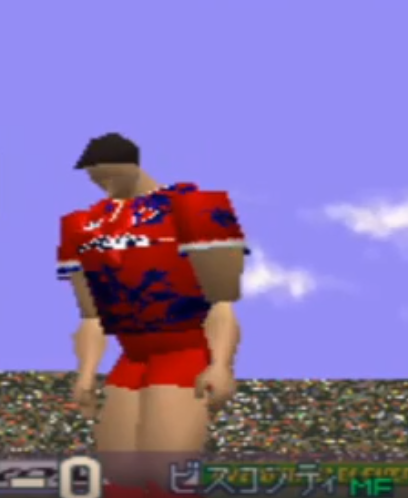 The players real faces also appear at the bottom of the screen during play, which is nice: 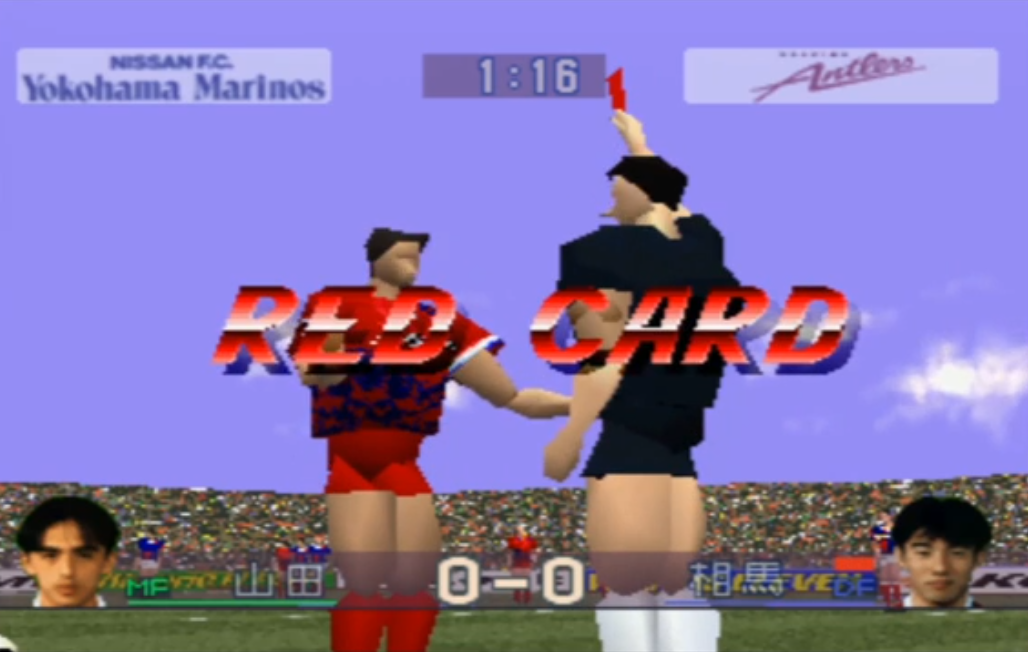 And this glistening “Goal!” font is very satisfying:

Speaking of which, when a goal is scored it is amusing to watch the whole team prancing and clapping joyously together. Endlessly: 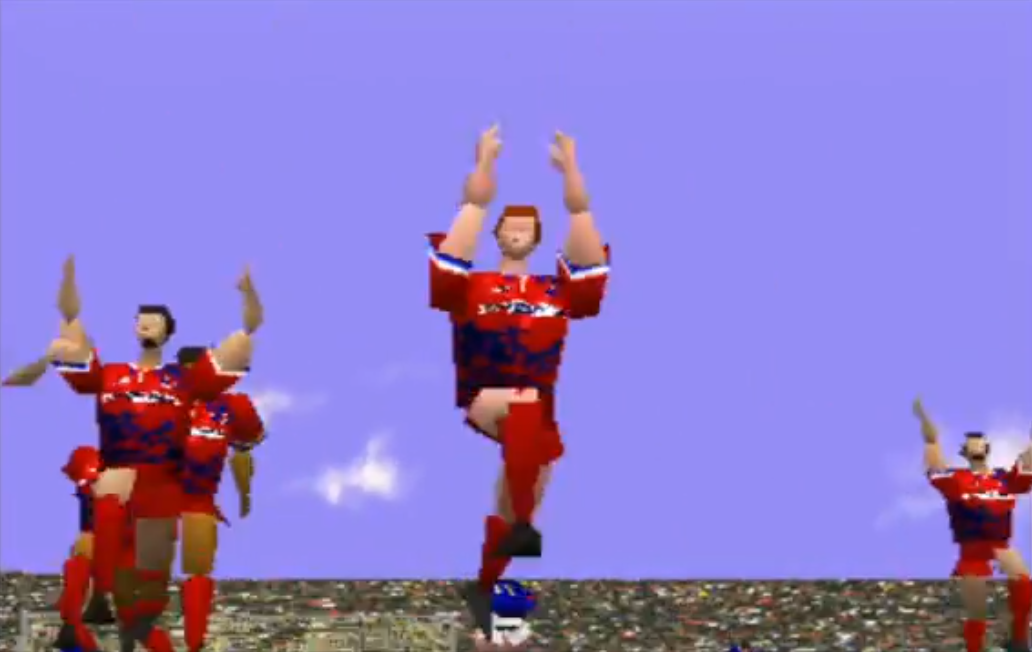 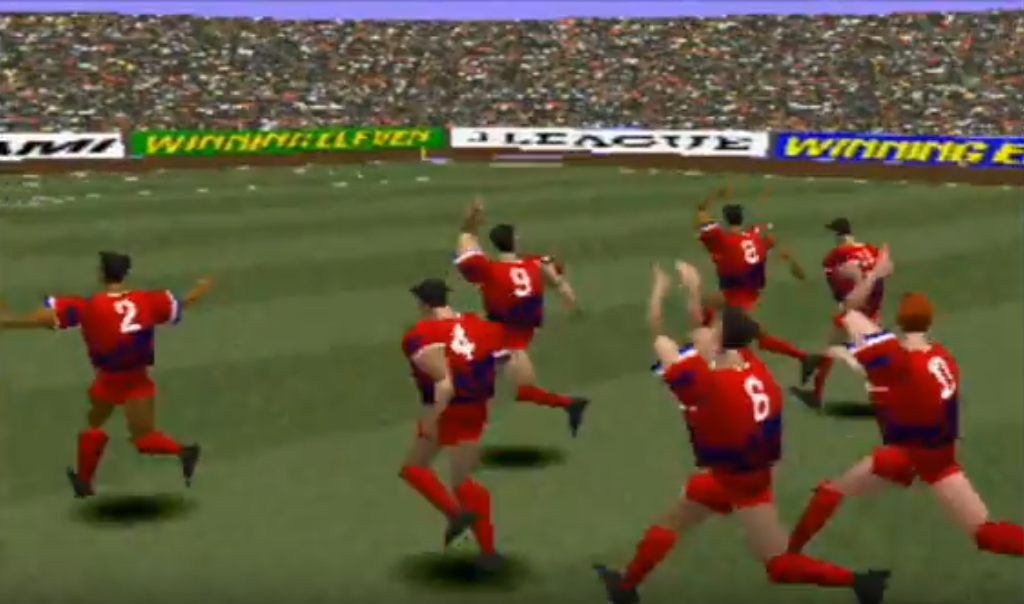 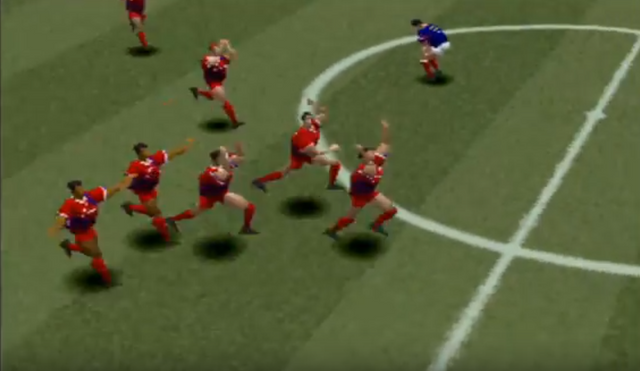 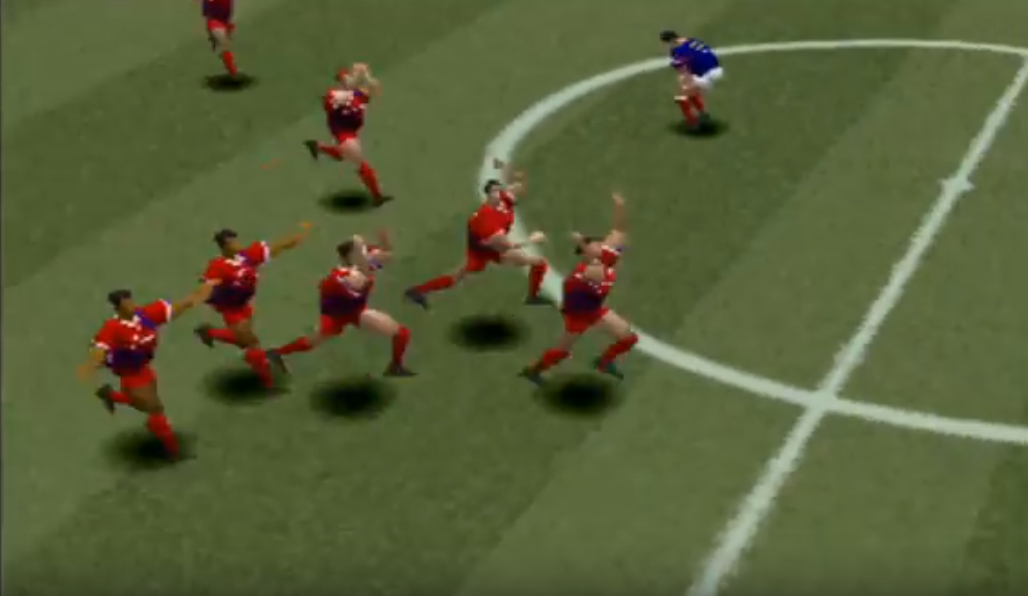 Lastly, at the goalmouth there are two things of interest: One, the “right-angle shaped goal posts” (is there a better term for those?) which you might remember us highlighting in the recent “What Football Is Supposed To Look Like” 1970s special; and two, the size of the massive football which dwarfs the goalkeeper’s tiny head and hands, which are also too small for his body: 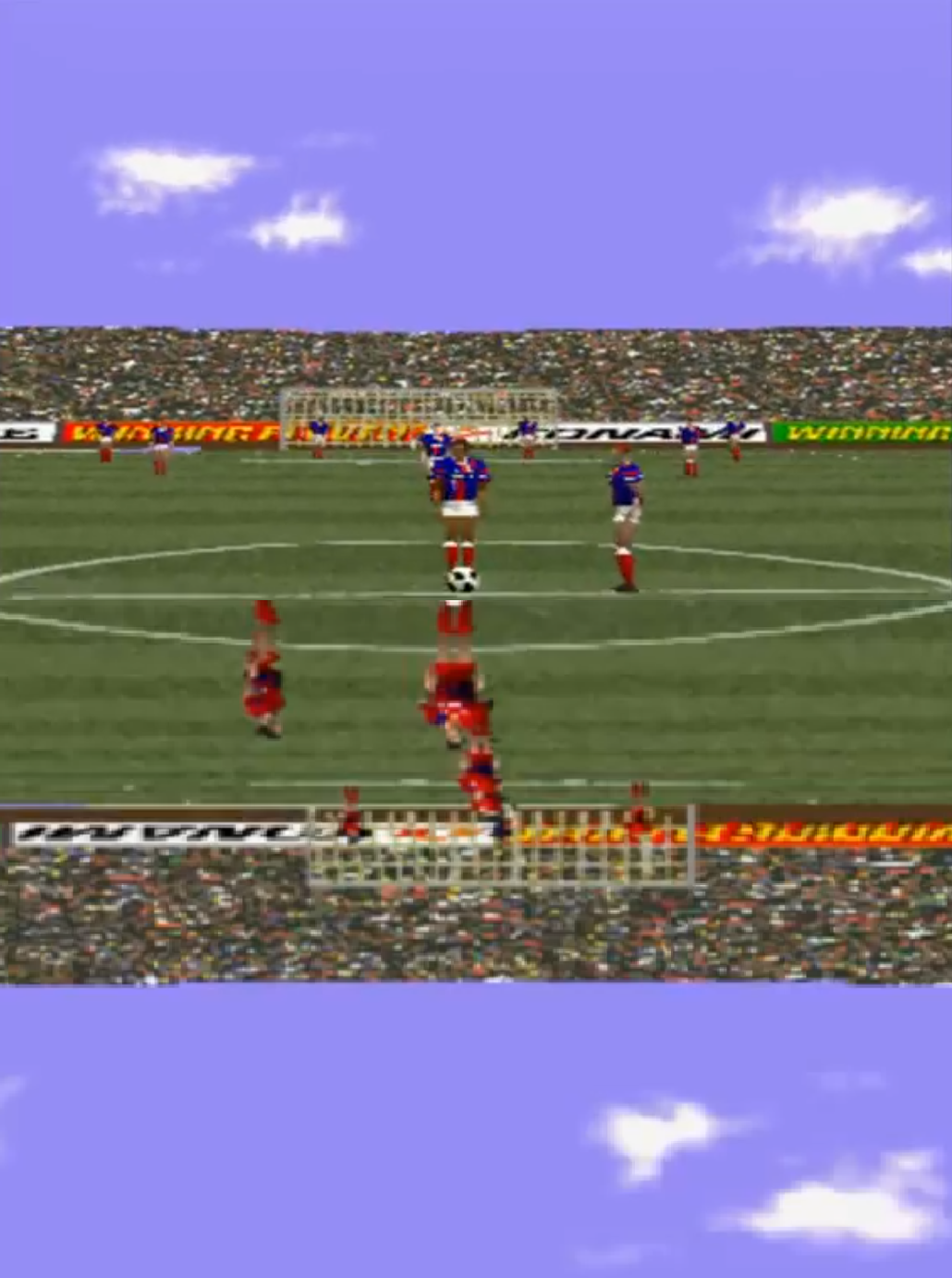