Last time in Pixel Jersey Remix we had a lot of fun with Yugoslavia’s 1990 design (including winning a tournament). Now we stay communist with an even more iconic template, specifically in the style of the Soviet Union at World Cup 82.

Starting with the real USSR, or CCCP, shirts from 1982, home and away, notable not just for the letters but also the reversed positioning of badge and trefoil: 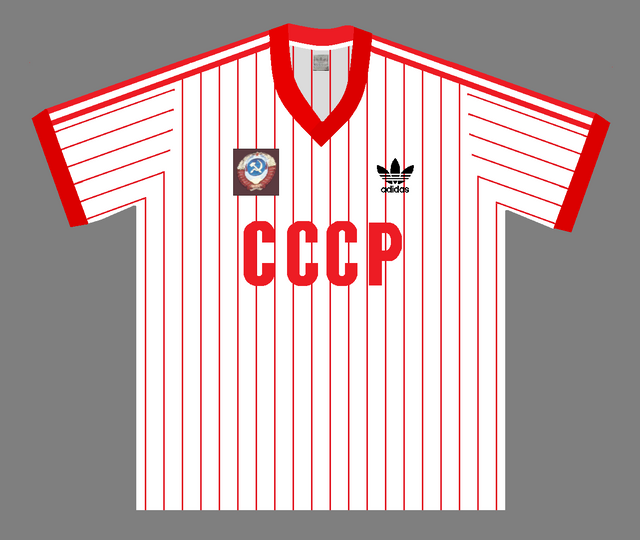 The above then gave birth to these, posted originally on our Socials a couple of weeks ago. To qualify most either needed a suitable name to feature, initials, or, alternatively, a flag: Since it was the Soviets, we of course had to keep things communist to start with: 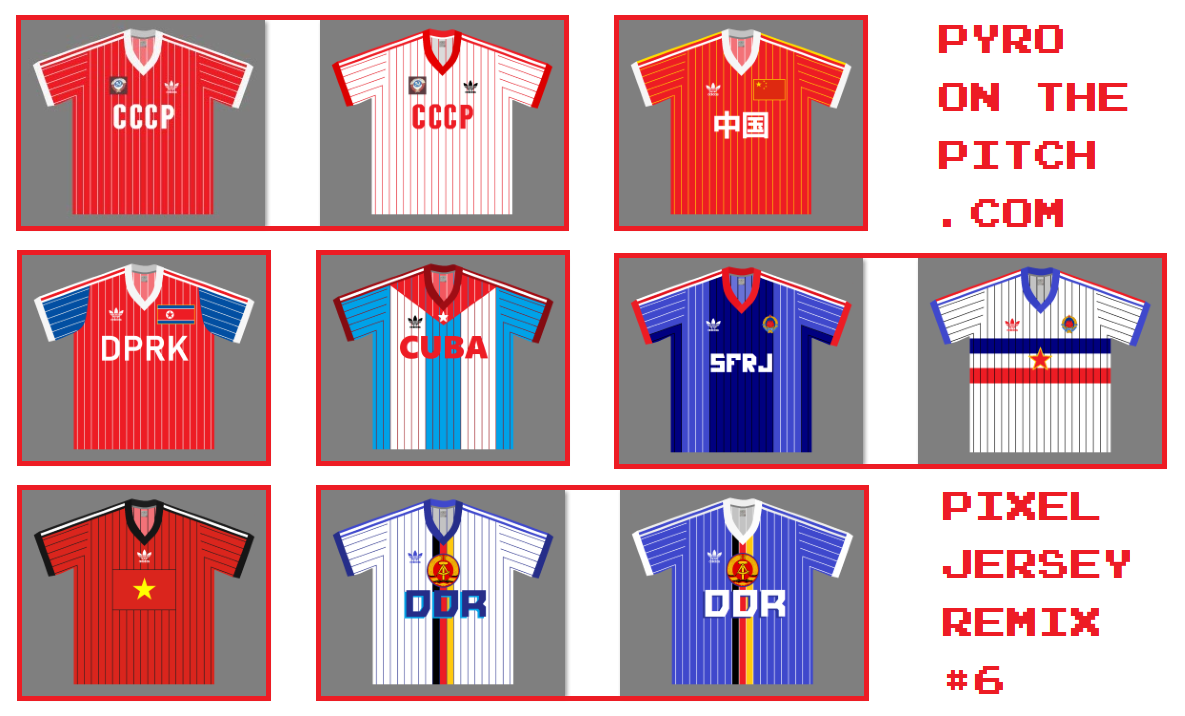 From Europe, where we collided 1982 with the early-mid 90s, East Germany, aka Deutsche Demokratische Republik…: 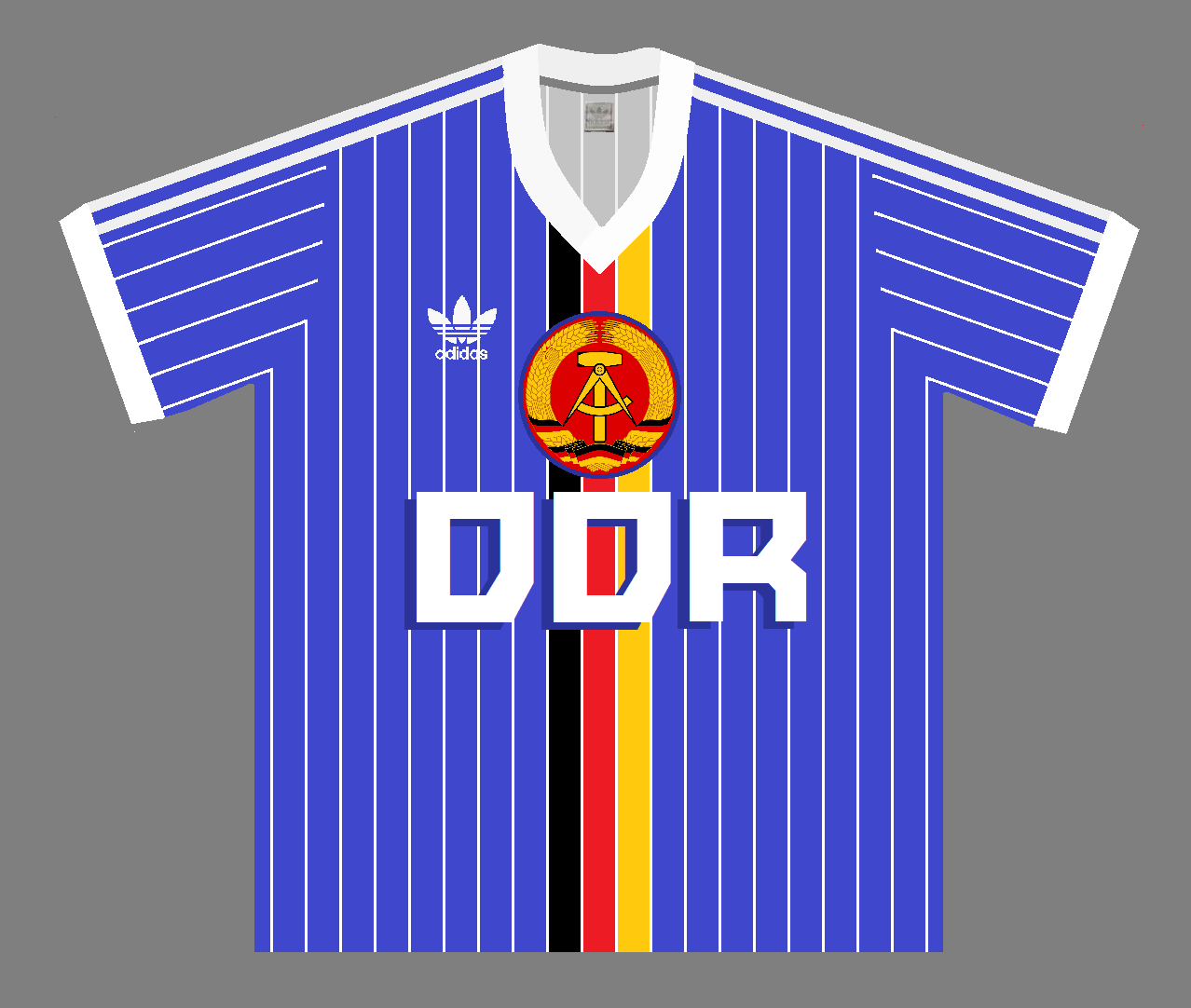 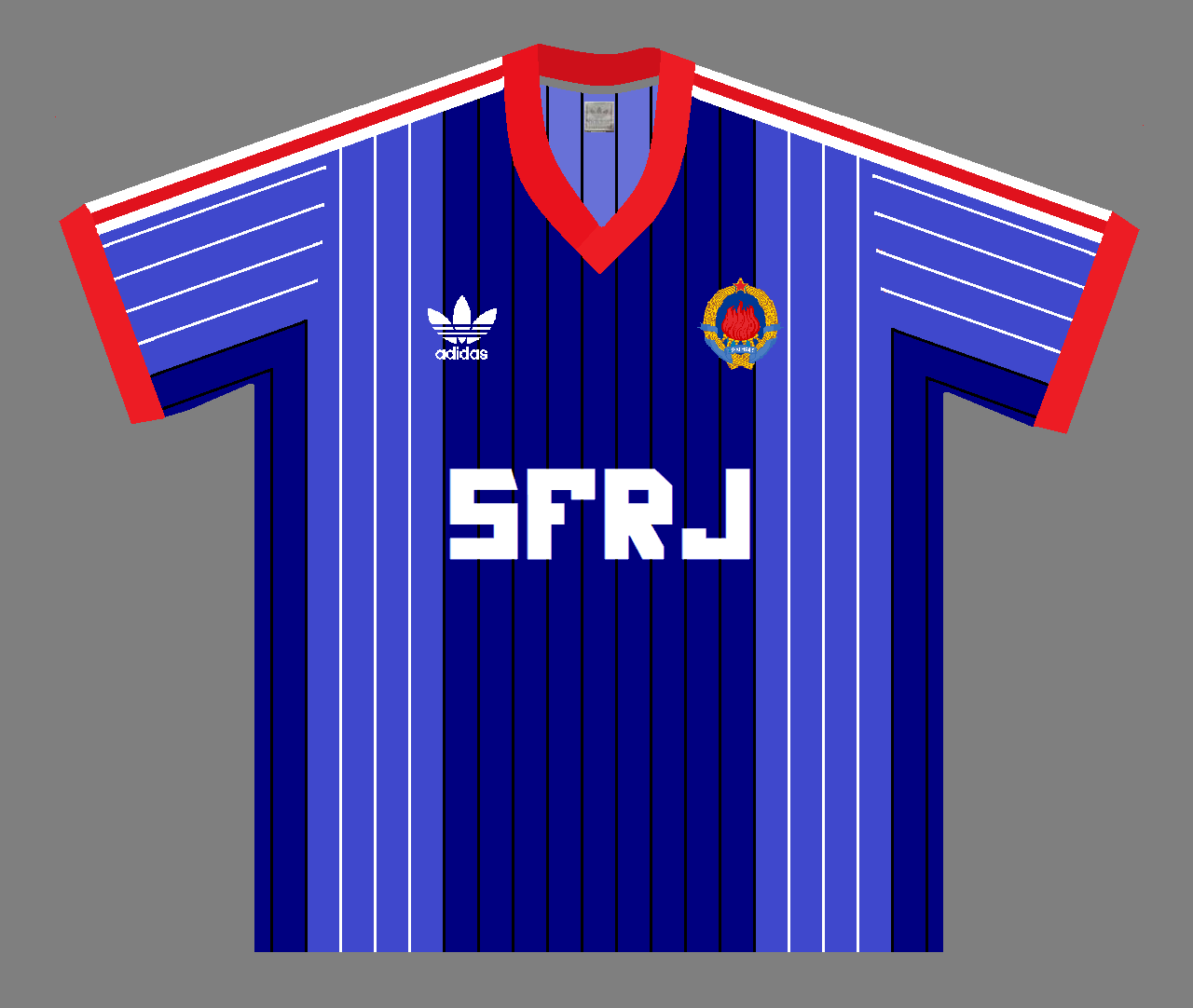 And of course, there’s Cuba: Moving to the non-communist states, “Éire” – Gaelic for “Ireland” – made a perfect fit for Republic of Ireland in an Adidas version of very similar O’Neills designs used in real life (which were heavily Adidas-inspired anyway). As with the last installment, we like the idea of mixing the gold trim from the O’Neills-era with the orange more associated with the Adidas years that followed: 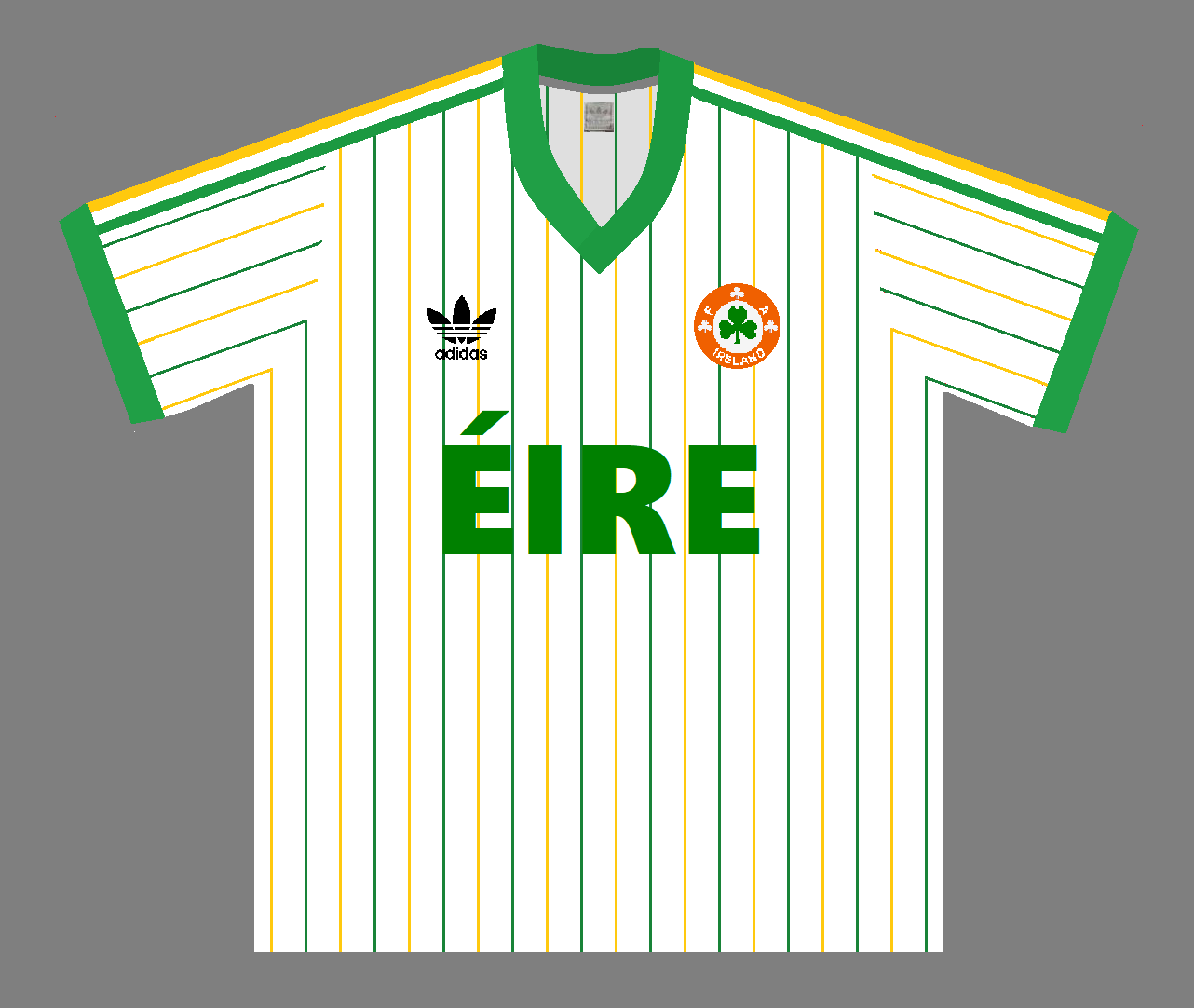 Of course, our favourites Finland had to be covered as usual, again using their own name in their native tongue: Belgium were the one country included with nothing in the centre of the shirt, but their connection to the 82 Soviets comes from also having crest and trefoil on the “wrong” side at World Cup 82: 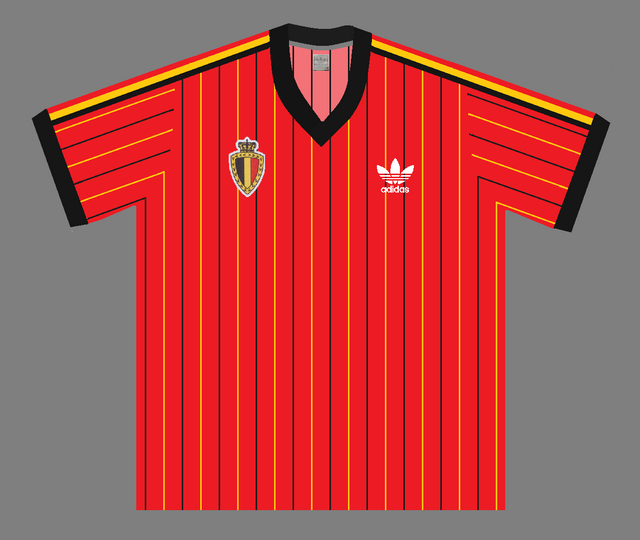 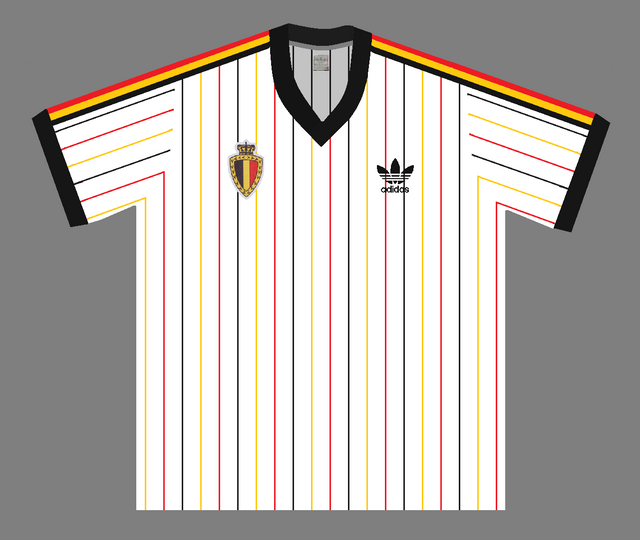 There wasn’t that many choices for African entries, with Togo and Mali really the only two standing out with appropriate names. Despite the fact that Togo made it to an African Cup of Nations in the 80s and Mali didn’t, we went with the latter’s slightly more pleasing style: By rights Brazil shouldn’t have been included, as “Suomi” was already pushing it with five letters and now we have six. But if anyone has a right to colourful over-exuberance it’s the Brazilians: 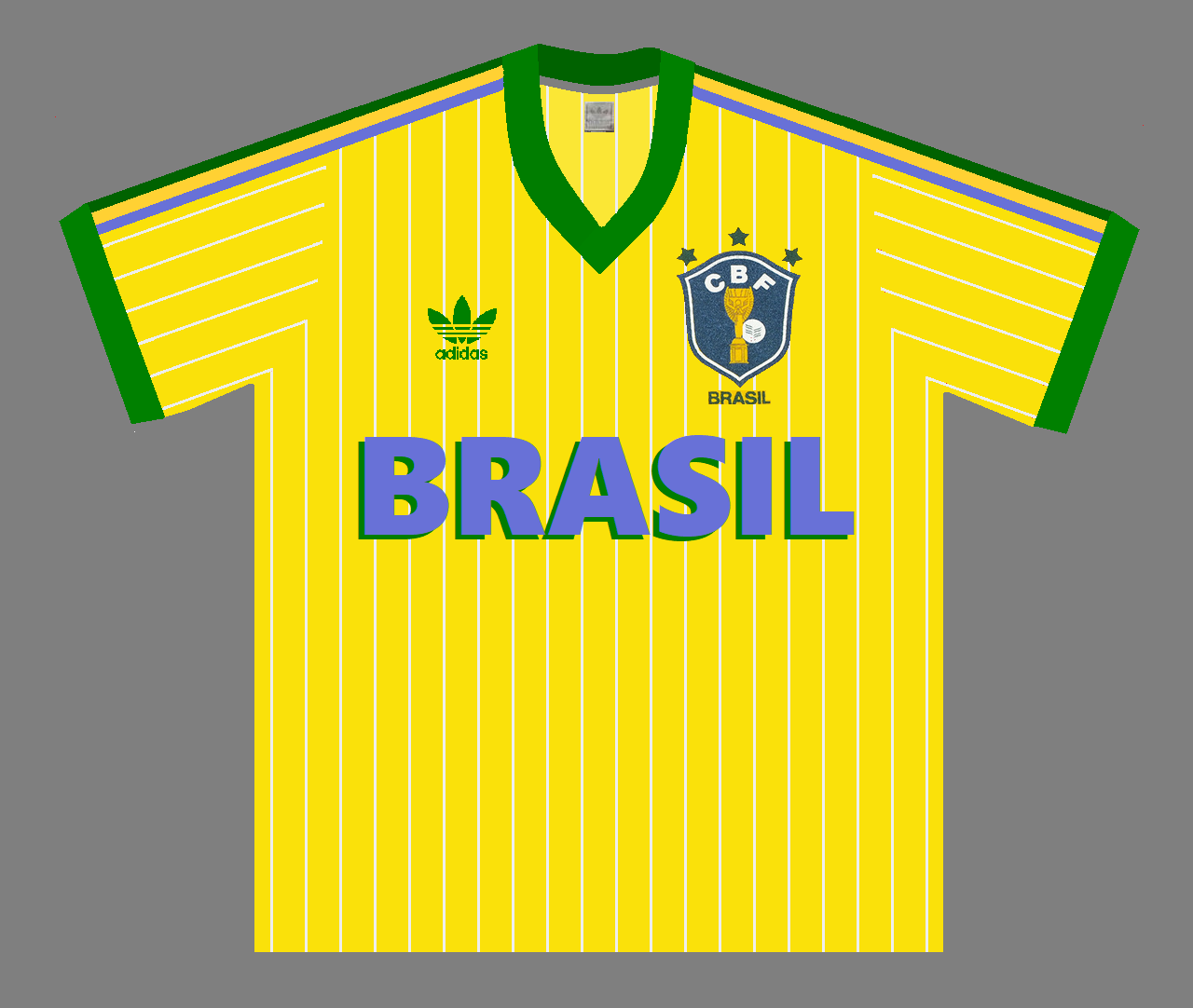 And staying in South America for the last of the original lot and a name that does fit, Peru, of course incorporating their famous sash also: For the first bonus round, we kept things groovy, Latin and stripy with FC Porto and Boca Juniors. In our universe, as in real life, both went for wordmark-less trefoils: 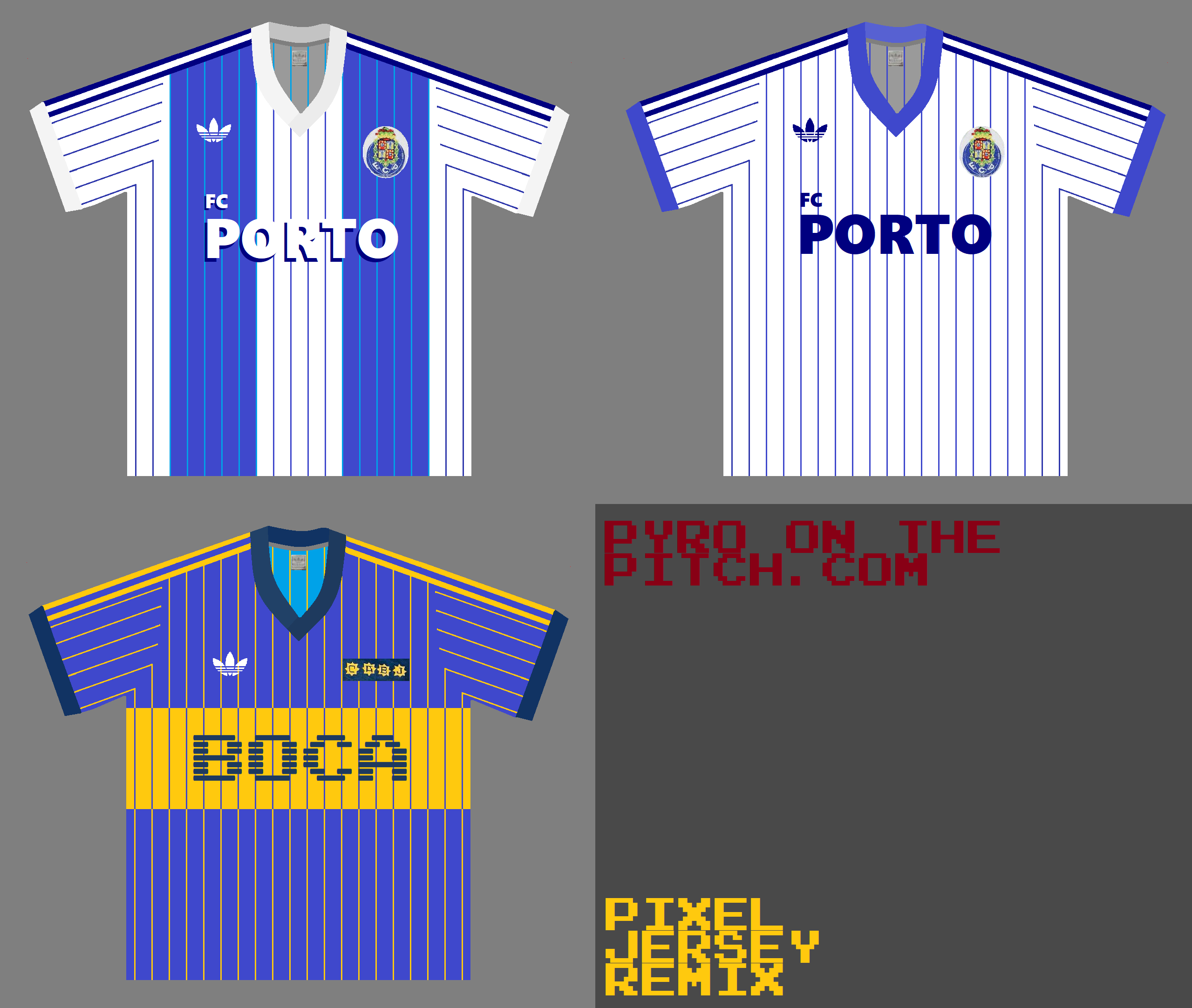 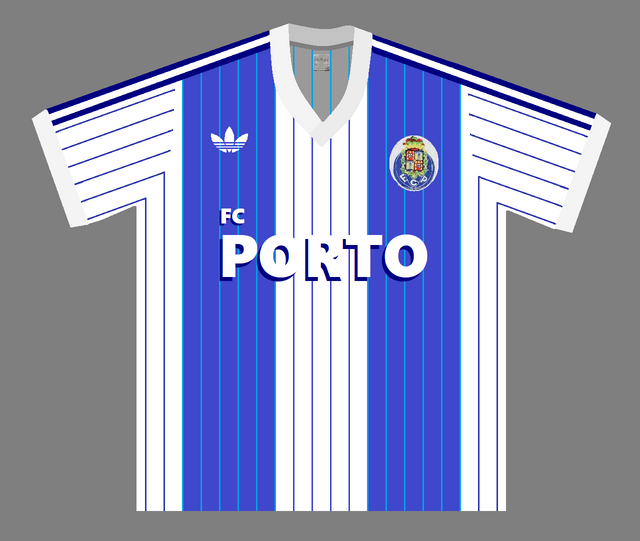 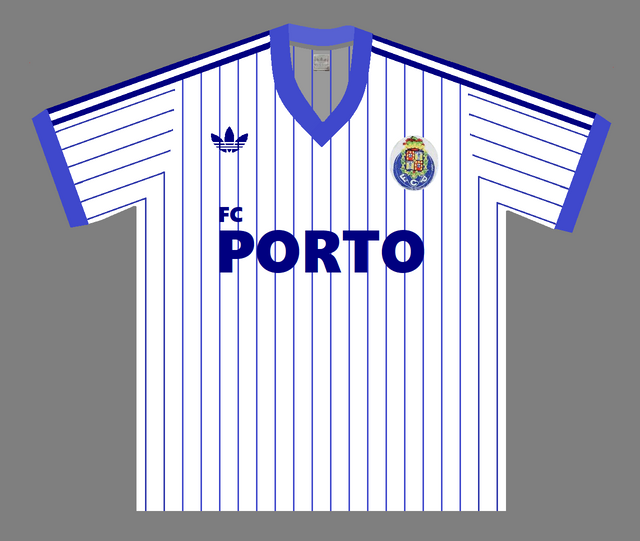 Lastly we go Middle Eastern with two countries who were at actually at war for most of the 1980s, Iran and Iraq. For the Iraqis we’ve introduced their gold and blue colourways seen at World Cup 86 a few years early, while Iran hadn’t yet switched from green to white as first preference: