POTP Cup of Nations Where Football Isn’t The Most Popular Sport #7: Final

After a long and grueling road, we’ve finally, thankfully reached the climax of the POTP Cup of Nations Where Football Isn’t The Most Popular Sport. Simmed via the frankly racist Megadrive version of FIFA 98 (every player is white blonde, making games between two non-European countries look absurd), the tournament kicked-off in December, 2019, and was only meant to last a few weeks, but the time-consuming (and quickly-soul destroying) nature of the process meant that the work had to be spread out.

Click here for previous posts to relive how the Cup unfolded.

Road to the Final: 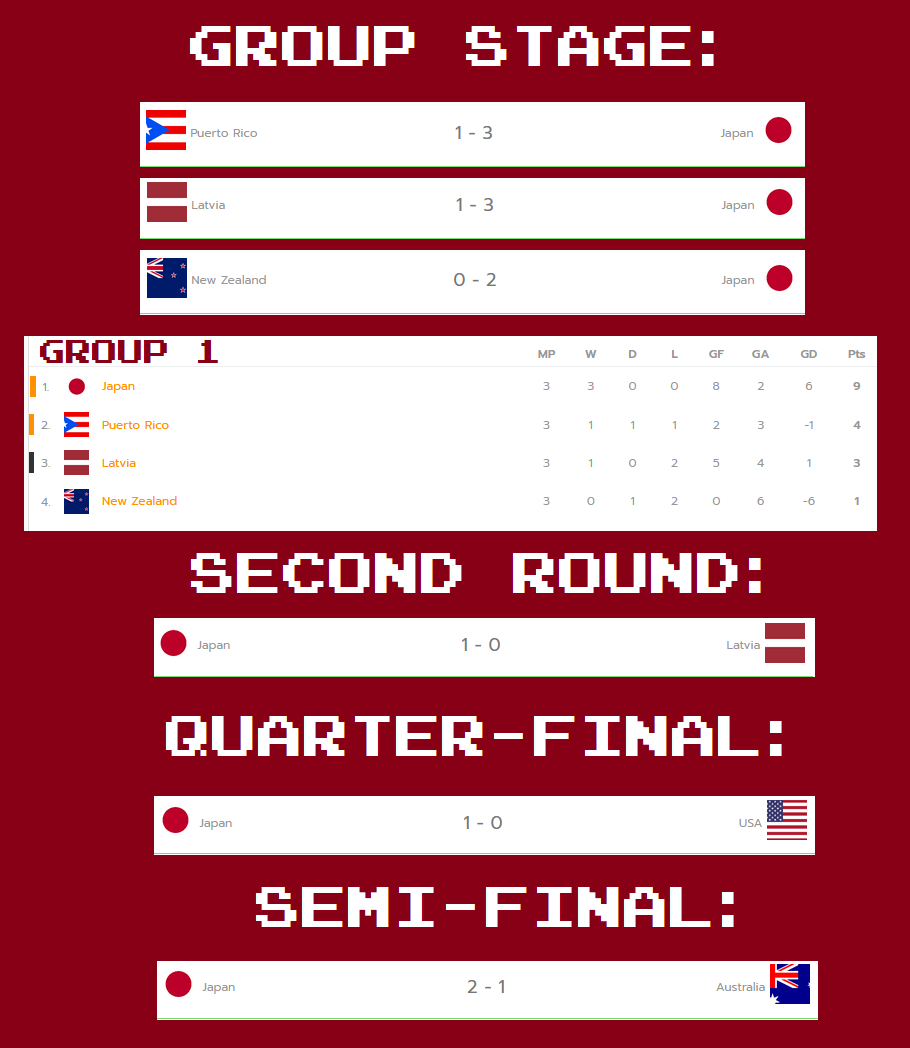 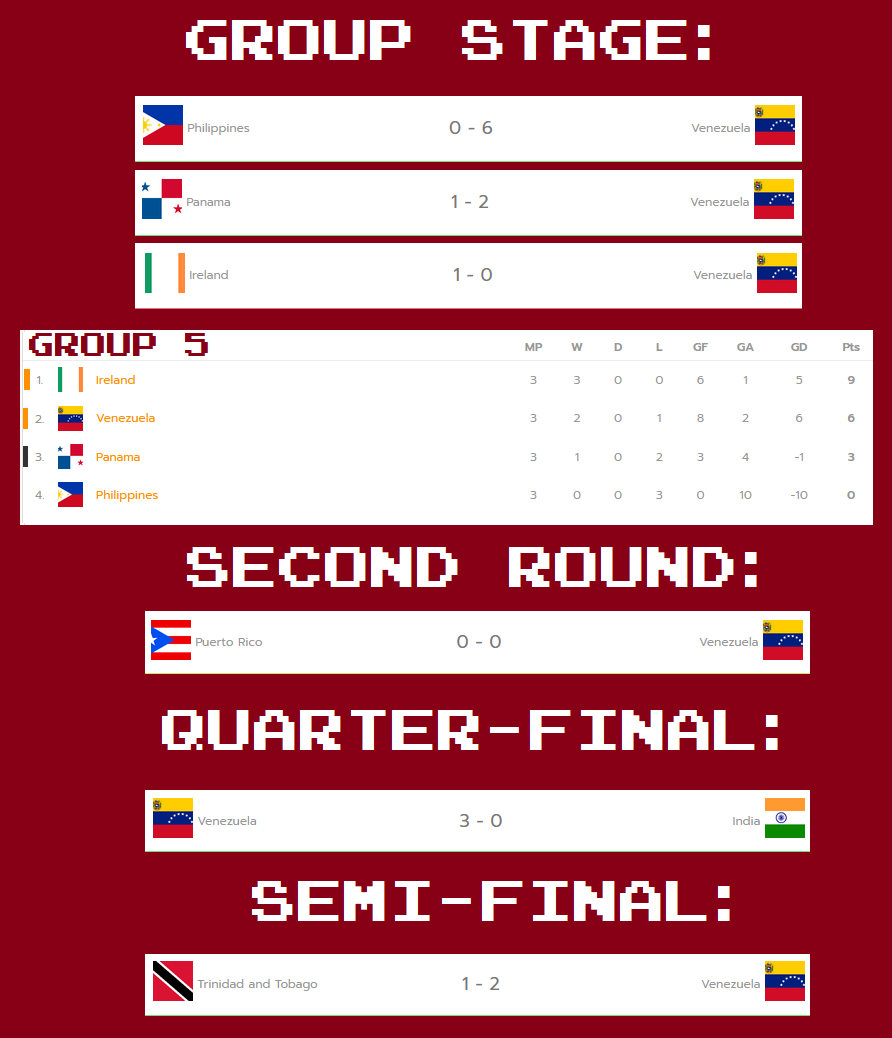 USA “strike gold” through Wynalda in the D during their opening day defeat of Estonia: 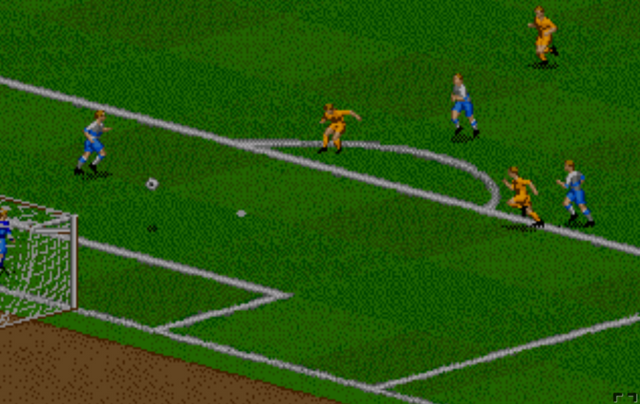 Venezuela‘s Garcia flies through the air celebrating one of his many goals of the competition, having scored the winner on Matchday 2 against Panama: 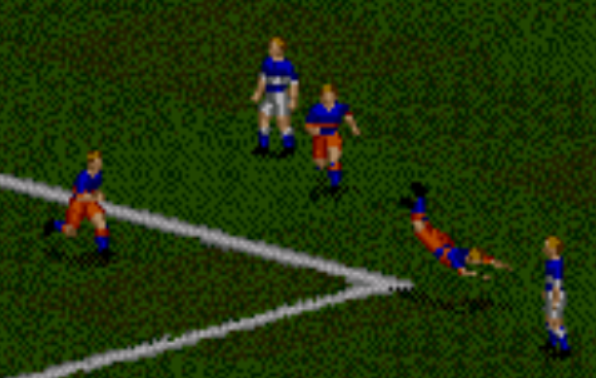 Fiji‘s goalkeeper is inconsolable after Trinidad and Tobago put seven past him without replay: 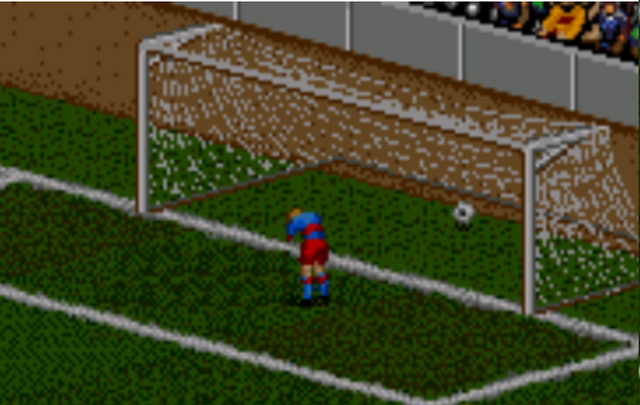 India shockingly score the only goal in the last game of the Group Stage, upsetting Finland and knocking them out while the Indians progress against all odds: 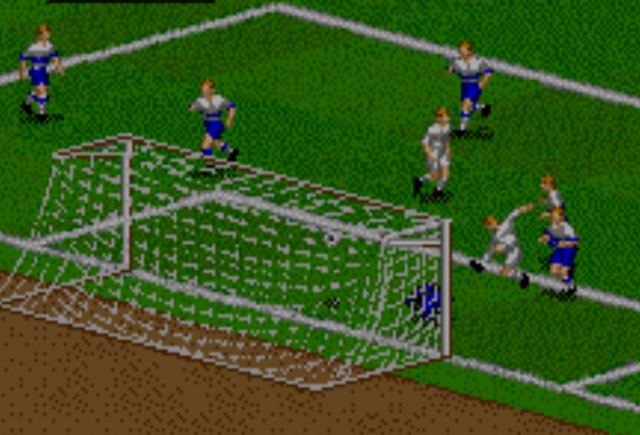 Ireland‘s Roy Keane is sent off after a second yellow card during the Round of 16, contributing to his side’s 0-2 horror defeat, and elimination, at the hands of Wales: 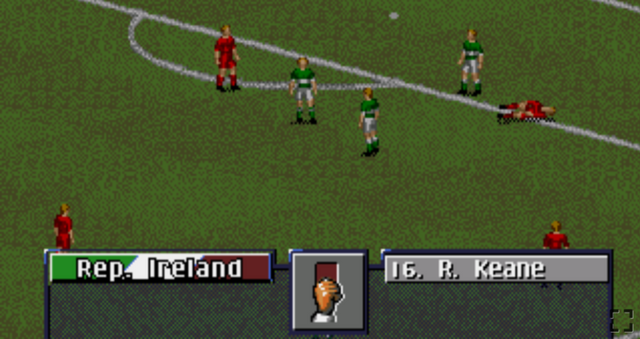 Garcia strikes again with a marvelous effort from outside the box, as Venezuela comfortably brush past India 3-0 in the quarter-finals: 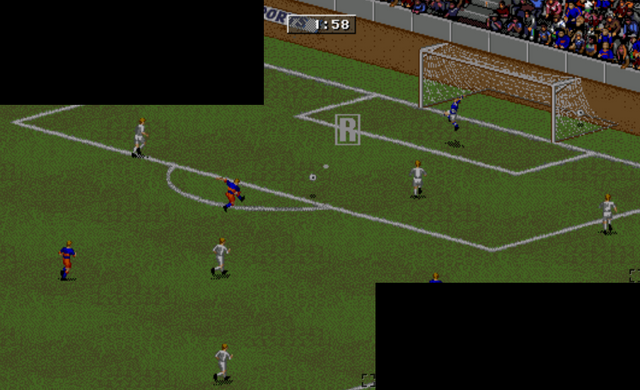 Australia‘s Trajanovski scores against Cuba to help secure another place in semi-finals, one of his ten in the tournament: 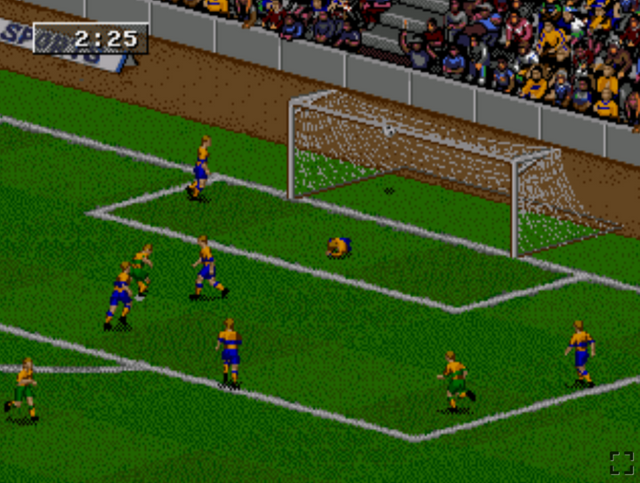 Japan‘s captain Kitazawa powers through Australia in the semis, with two goals putting his side through to the grandest stage: 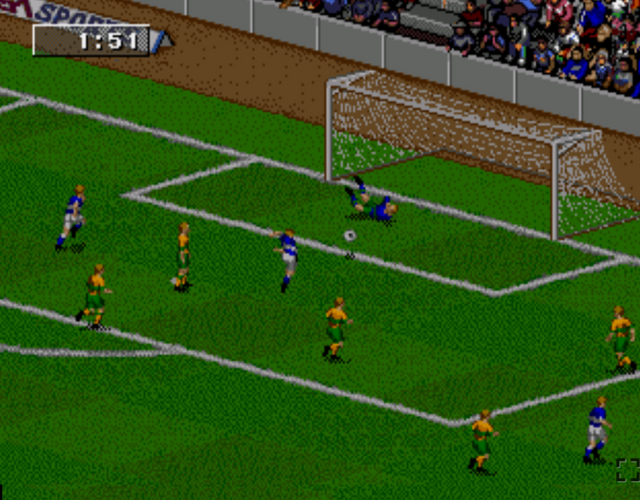 It’s nearly time, but before getting to the final there’s the small matter of the…

Australia vs Trinidad and Tobago

The play-off to see who is the 3rd best non-footballing nation on earth (as a primary sporting pastime at least) pitted a wounded Australia, fresh off the ill-tempered semi against Japan, against a Trinidad and Tobago who had overachieved, having been on a winning streak from the start until their own meeting with Venezuela: 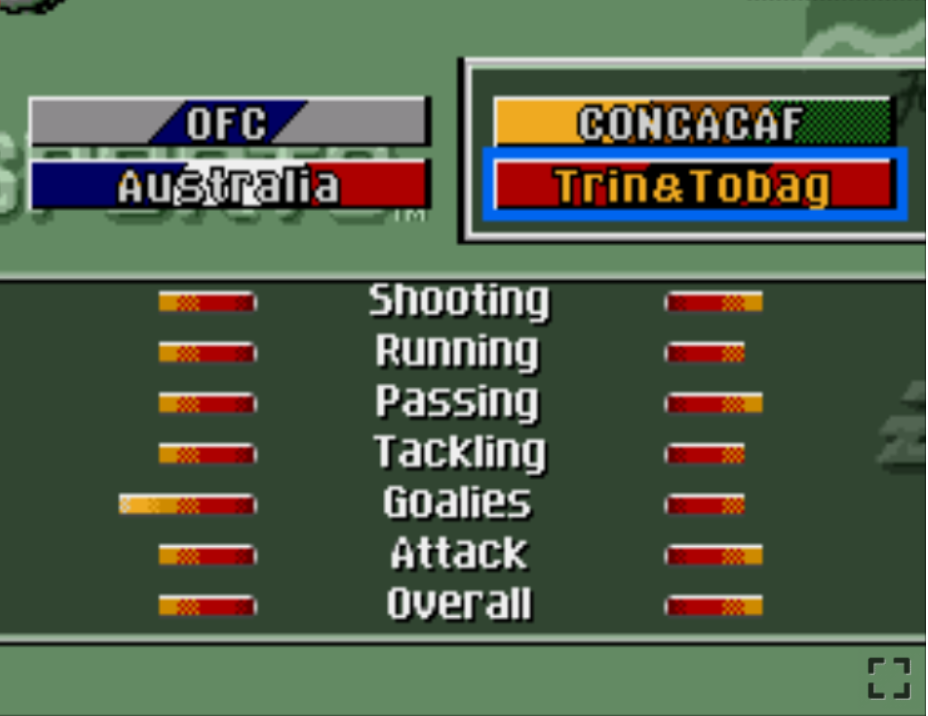 In the game each side dominated a half, as Dwarika’s first-half strike for the islanders was cancelled-out by Lazaridis first of the competition late on, meaning the one thing nobody wanted: extra-time. We didn’t have to wait long for a conclusion though, as Lazaridis quickly secured a Golden Goal, and his country’s bronze medals, by knocking the ball into an empty net following an unfortunate rebound: 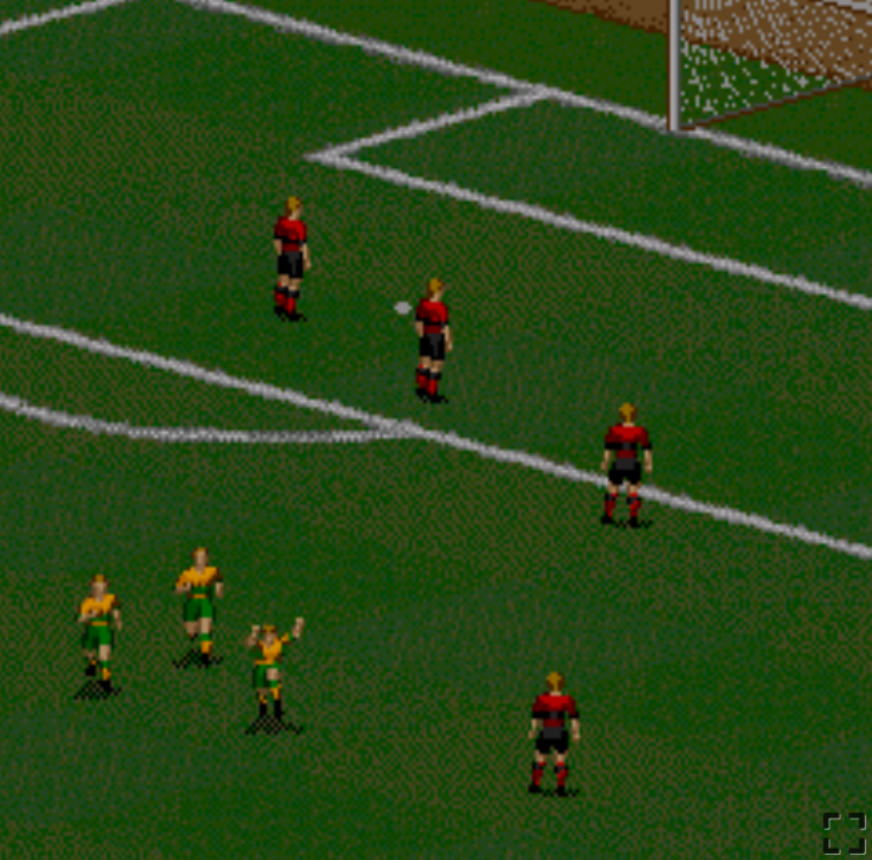 On paper, the South Americans were the strongest of the two with Japan set to play a defensive style. Venezuela also possessed Garcia, the second most lethal striker of the competition with 9 goals so far (and potentially on track to overtake Australia’s Trajanovski on 10 after this match), but Japan’s stoic leader Kitazawa was only one behind: 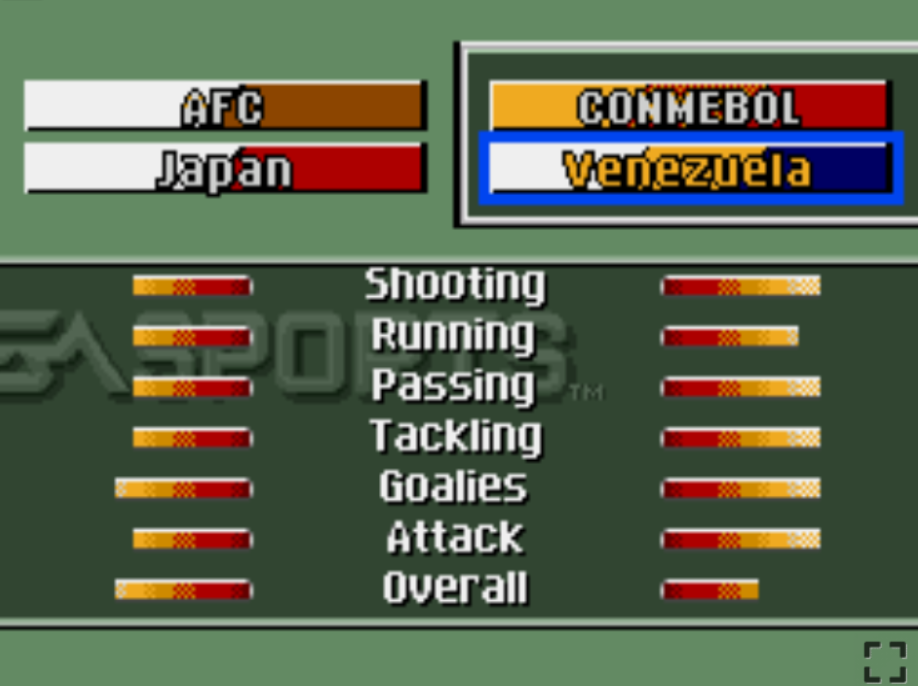 The final got off to a bad start as it transpired that both teams were wearing blue: 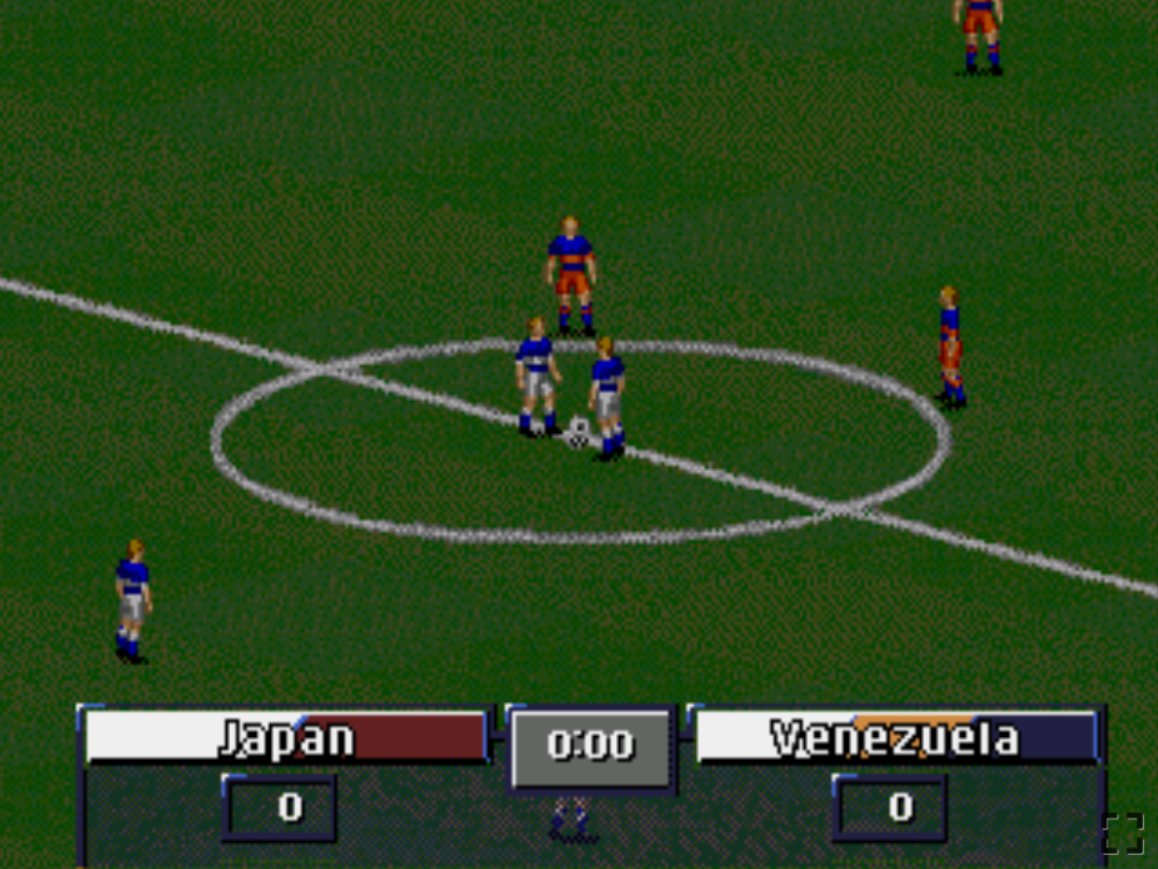 But action-wise the Japanese were in fact the side to come flying out of the blocks, barely letting the Venezuelans, who couldn’t muster a single shot, out of their own half. A large amount of their supporters were in attendance also: 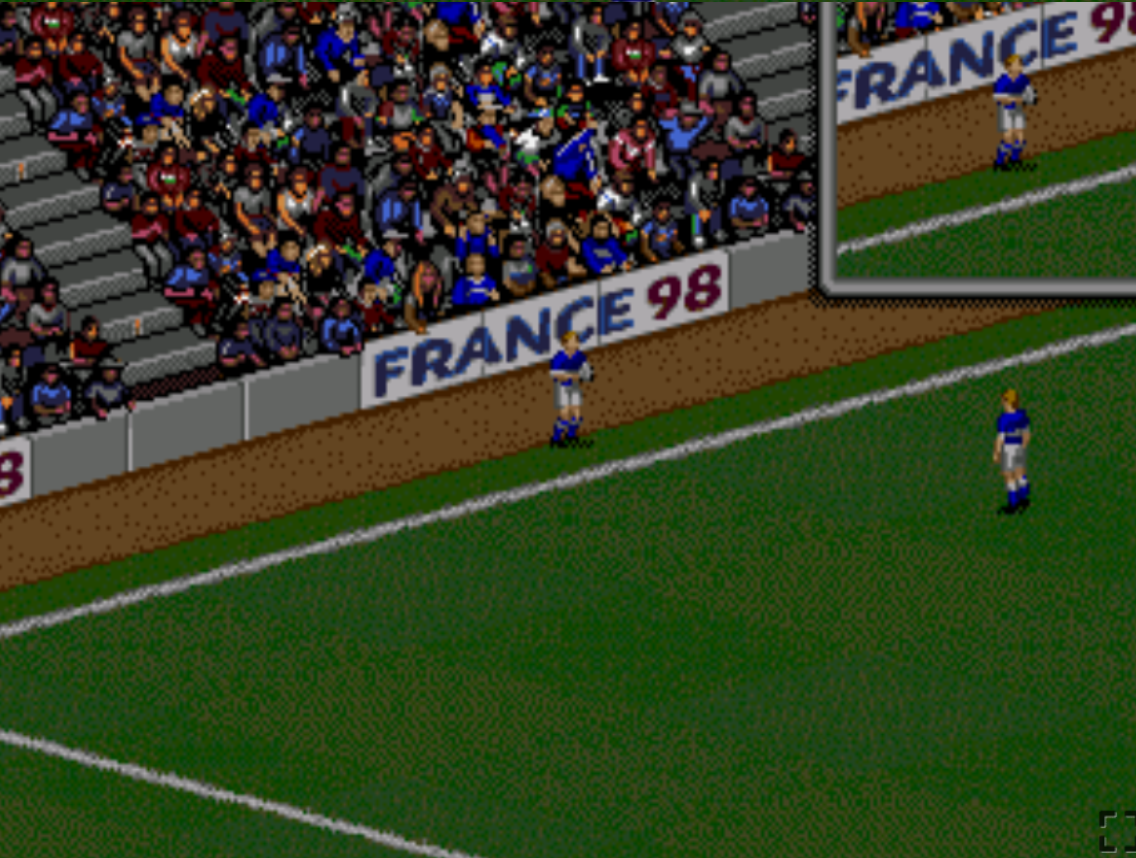 Despite their domination, Japan couldn’t break the deadlock thanks to some heroic defending: 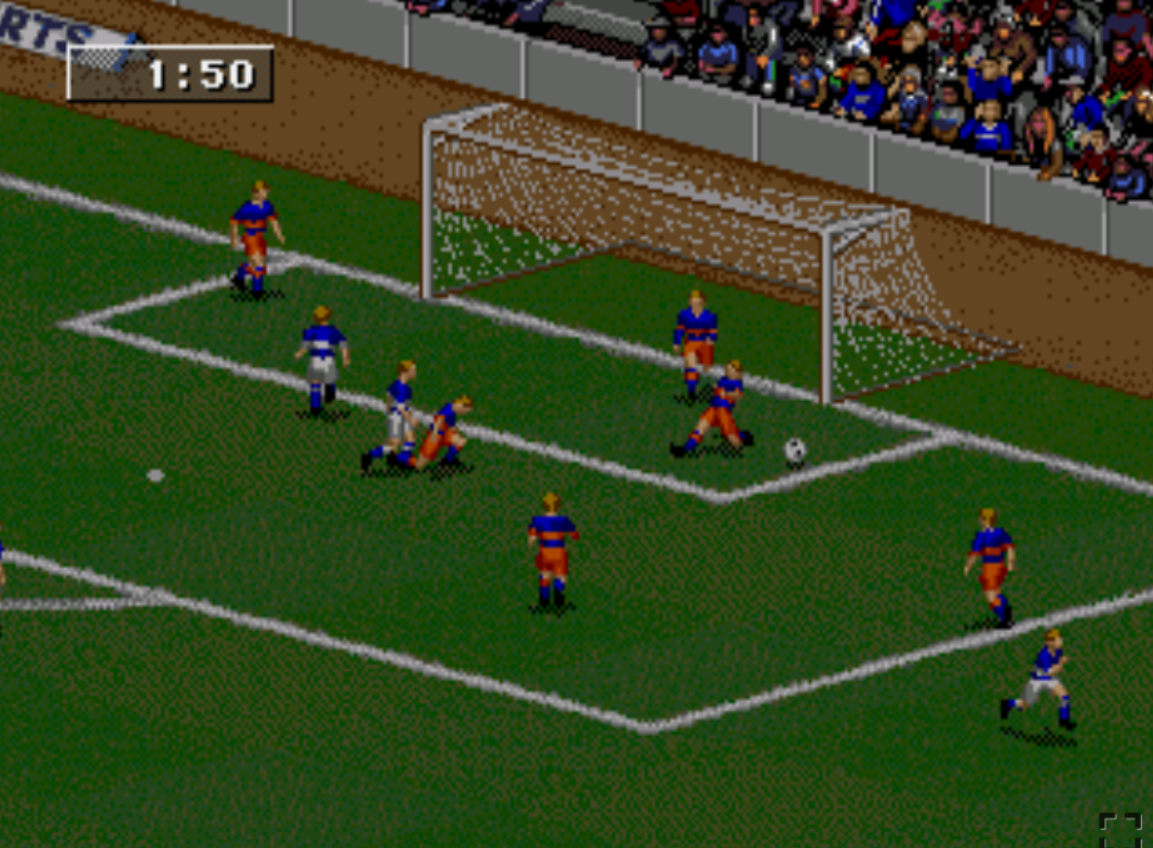 …but left Venezuela frustrated enough to make silly fouls, with Saverse picking up a booking for this violation: 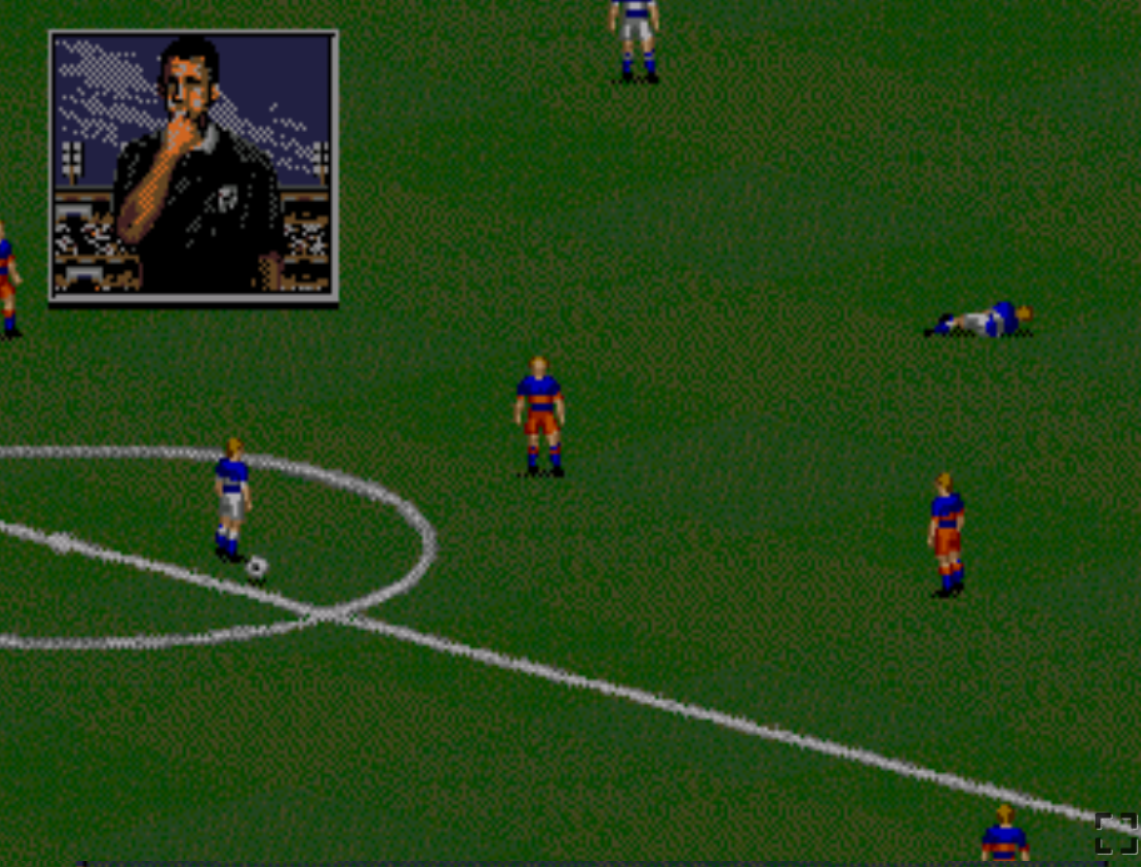 Before the break, Endo returned the favour: 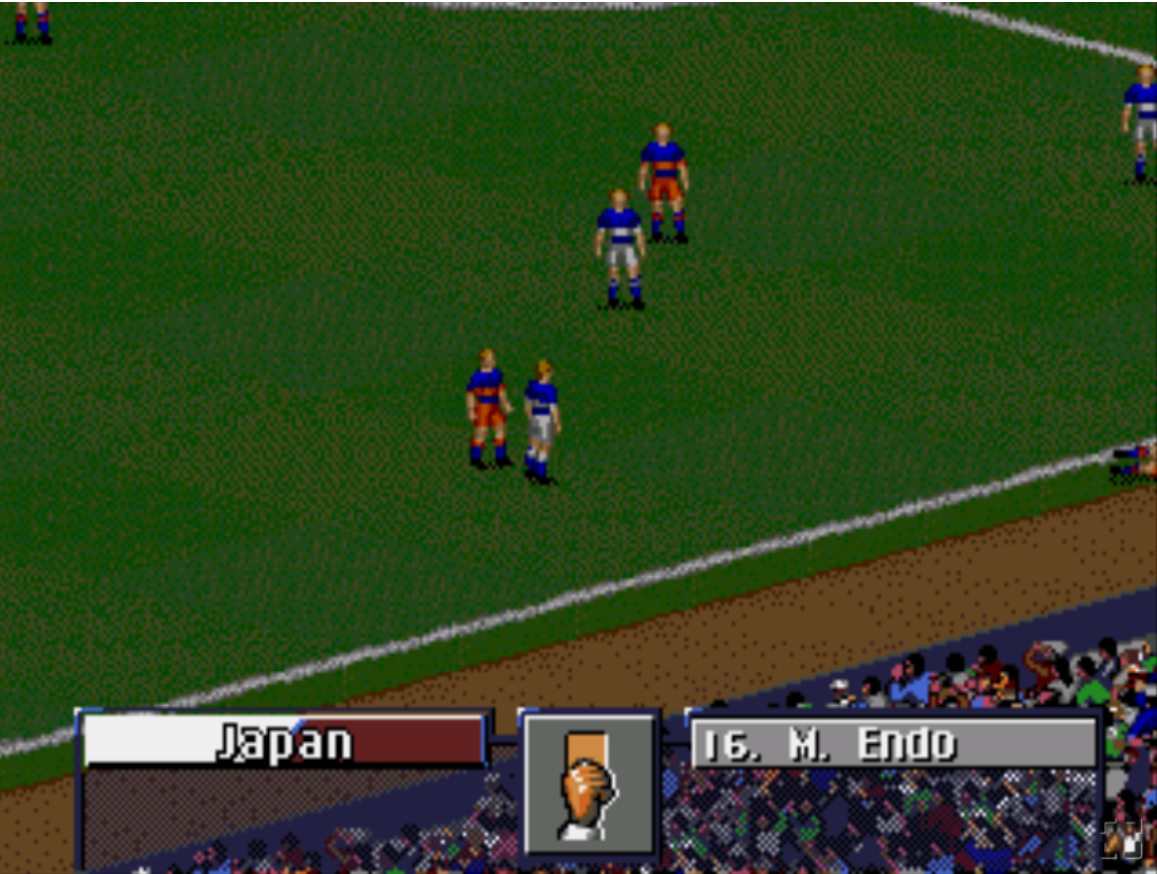 The second-half looked set to be a different affair, with more Venezuelan possession and, worryingly for Japan, a yellow card for Kitazawa: 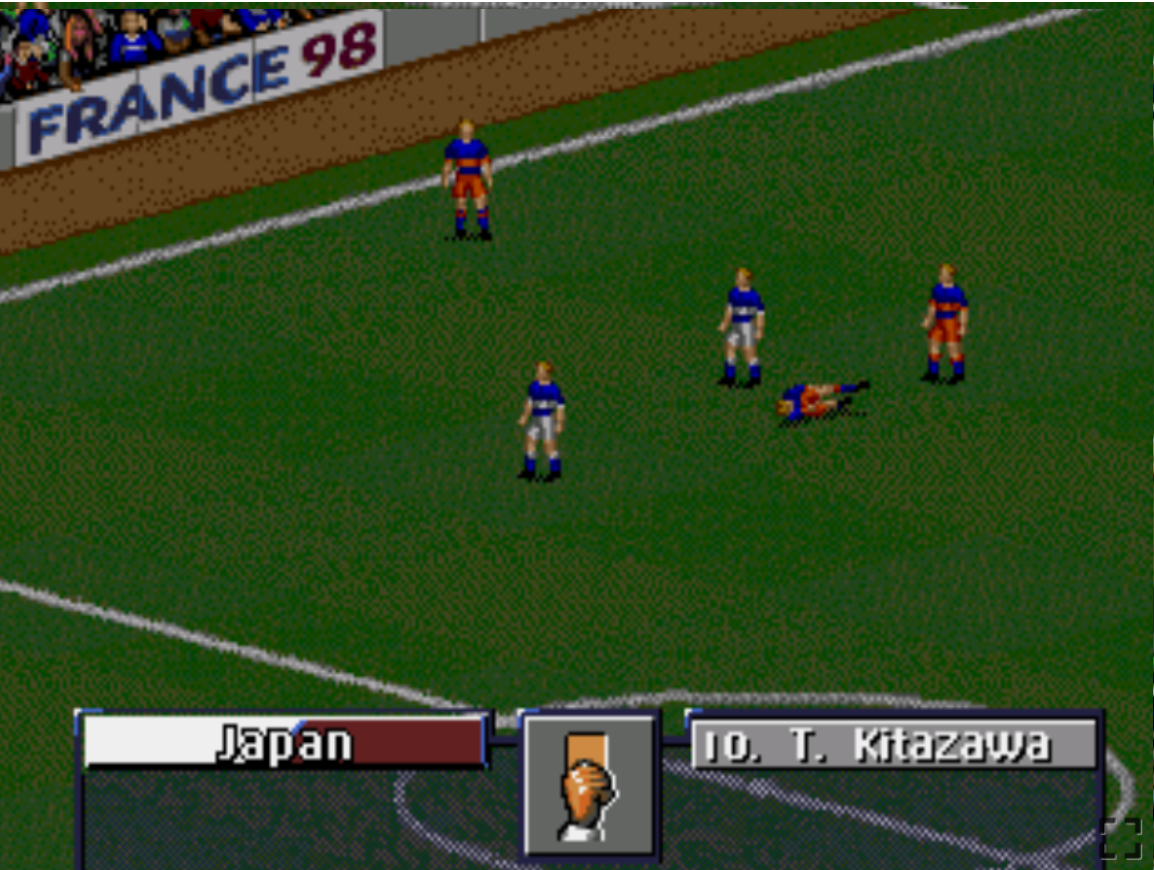 Still without goals, we looked set for more extra-time going into the added-on minutes. But amazingly, with virtually the last kick of the tournament, Japan’s Miura sneaked through the opposition box and latched onto an exquisite side pass from Kitazawa to score: 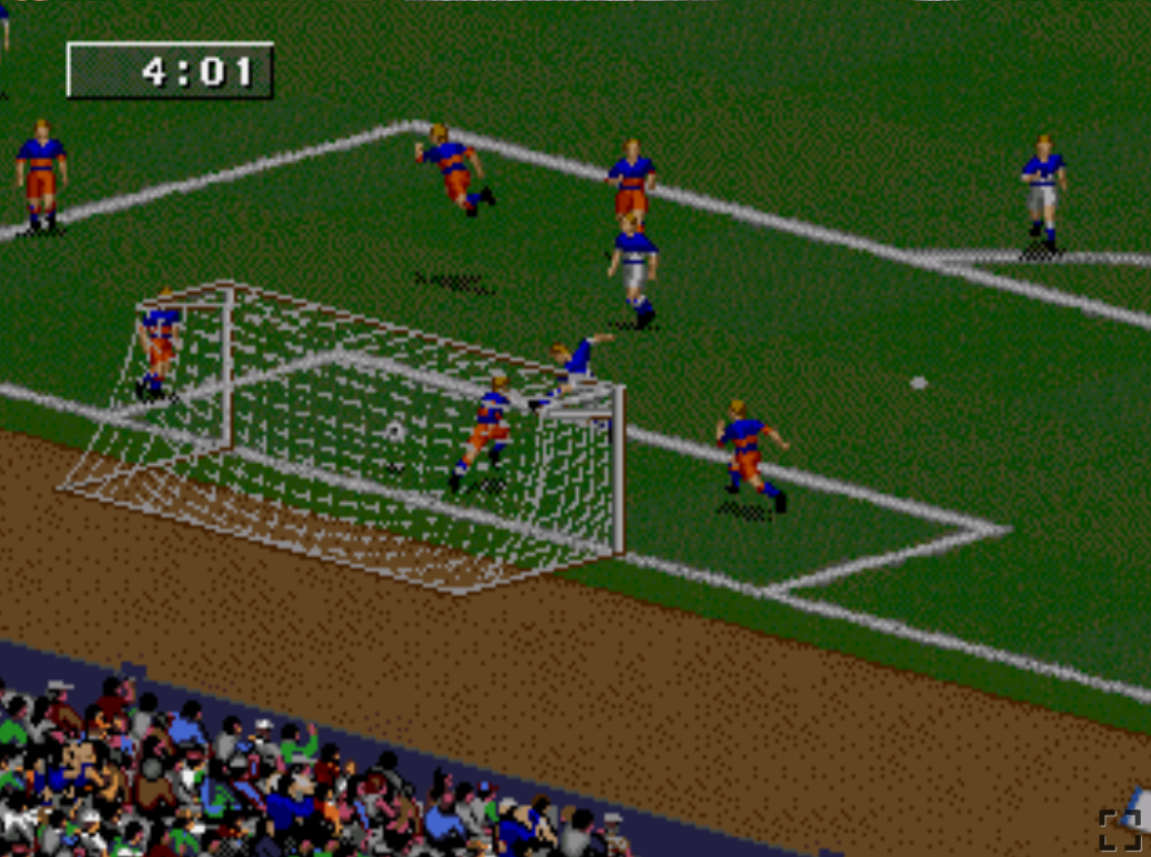 With every Venezuelan heart broke, the final-whistle went and that’s it – Japan are the worthy first (and last) POTP Champions of Nations Where Football Isn’t The Most Popular Sport: 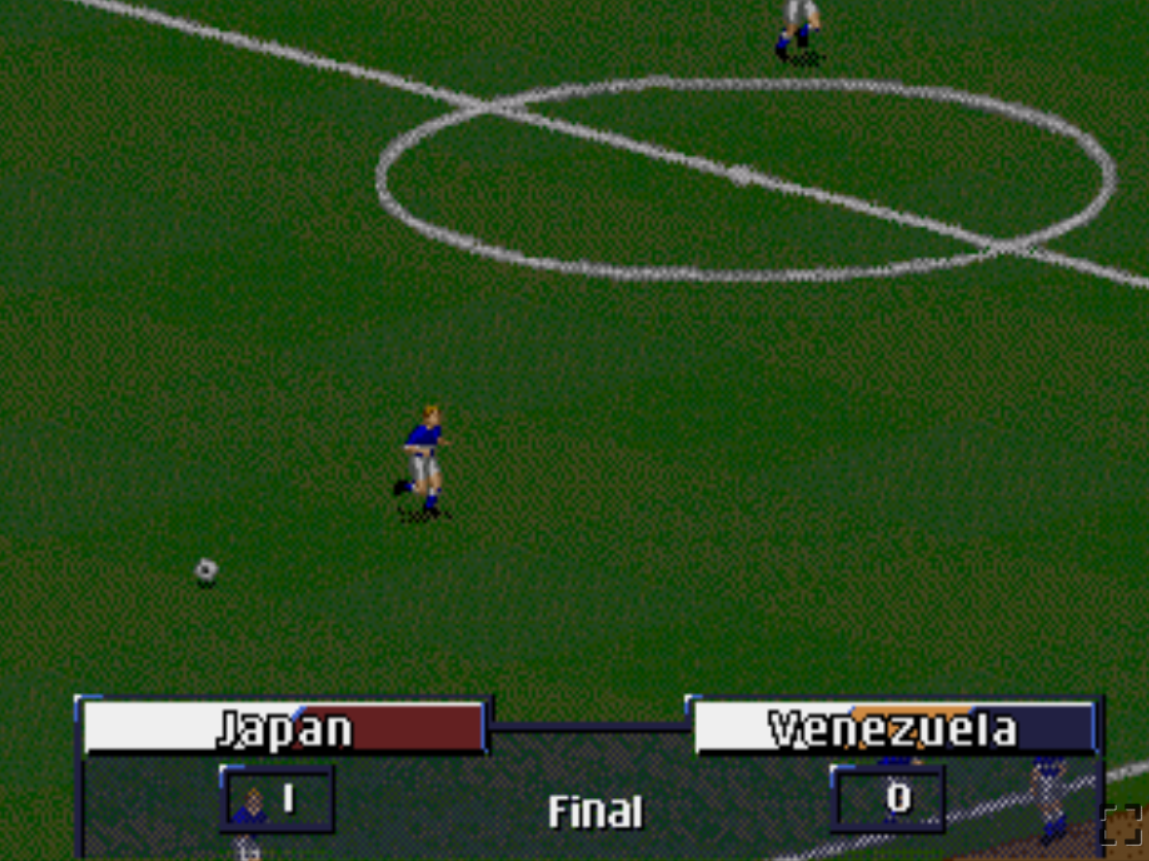 Miura received a bottle of champagne and a box of chocolates as part of his MotM award: 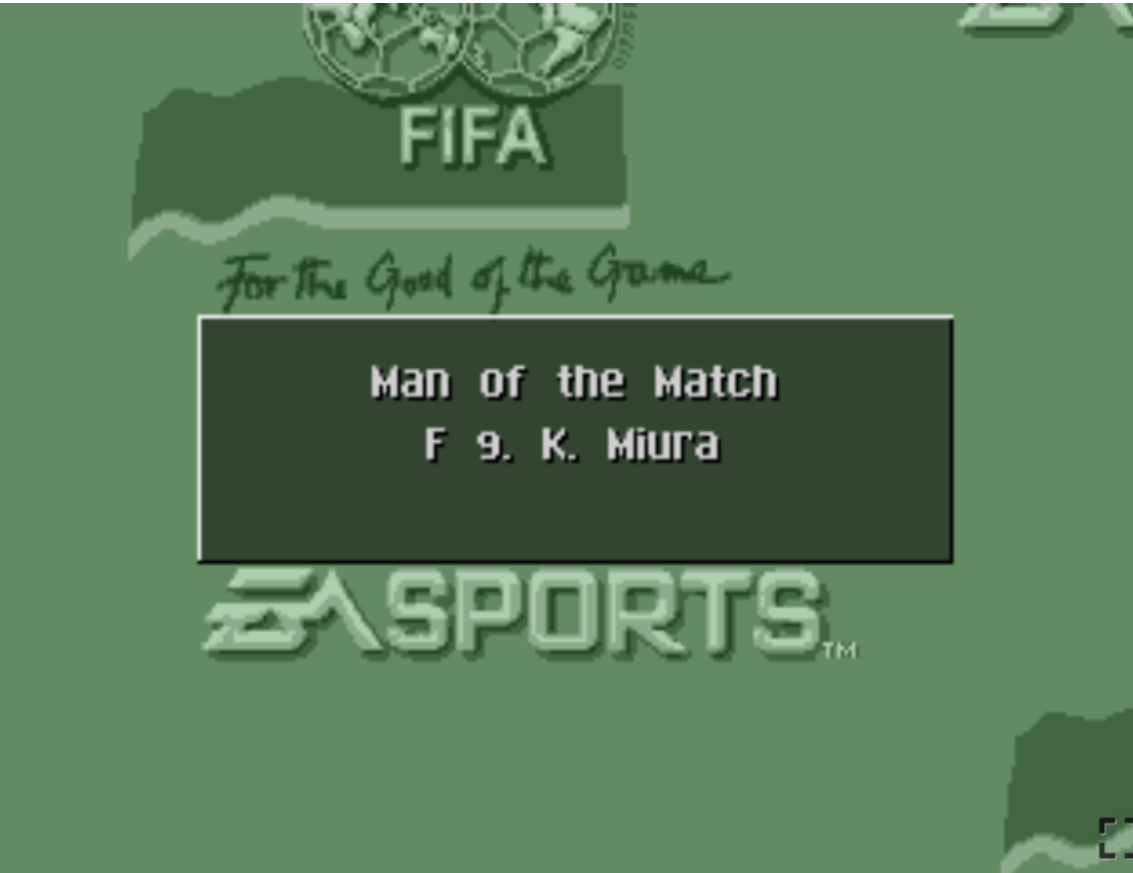 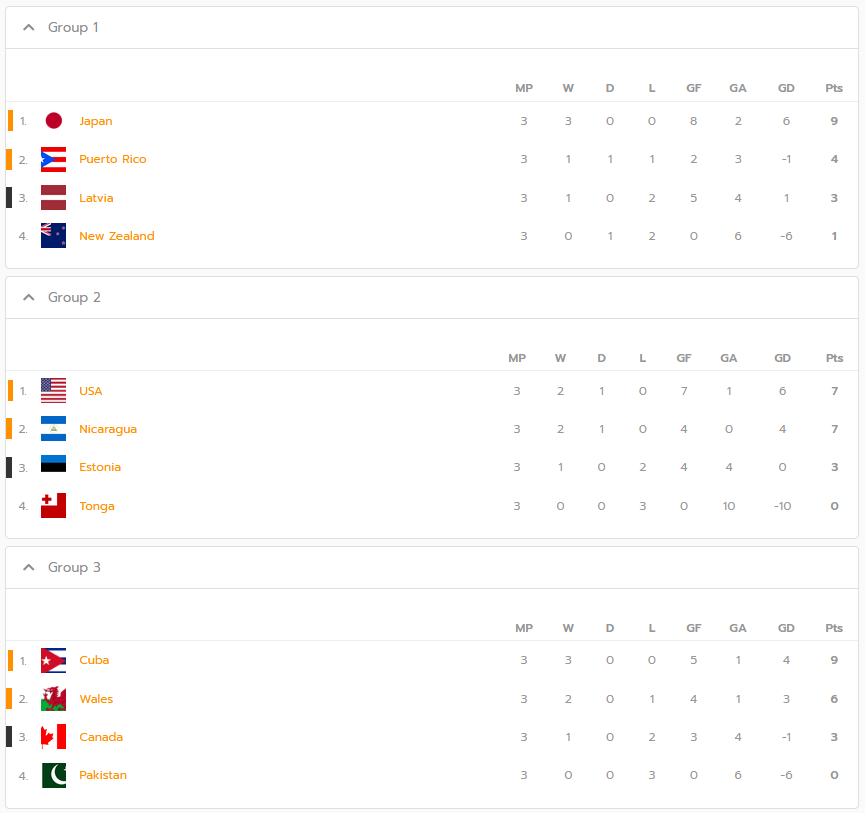 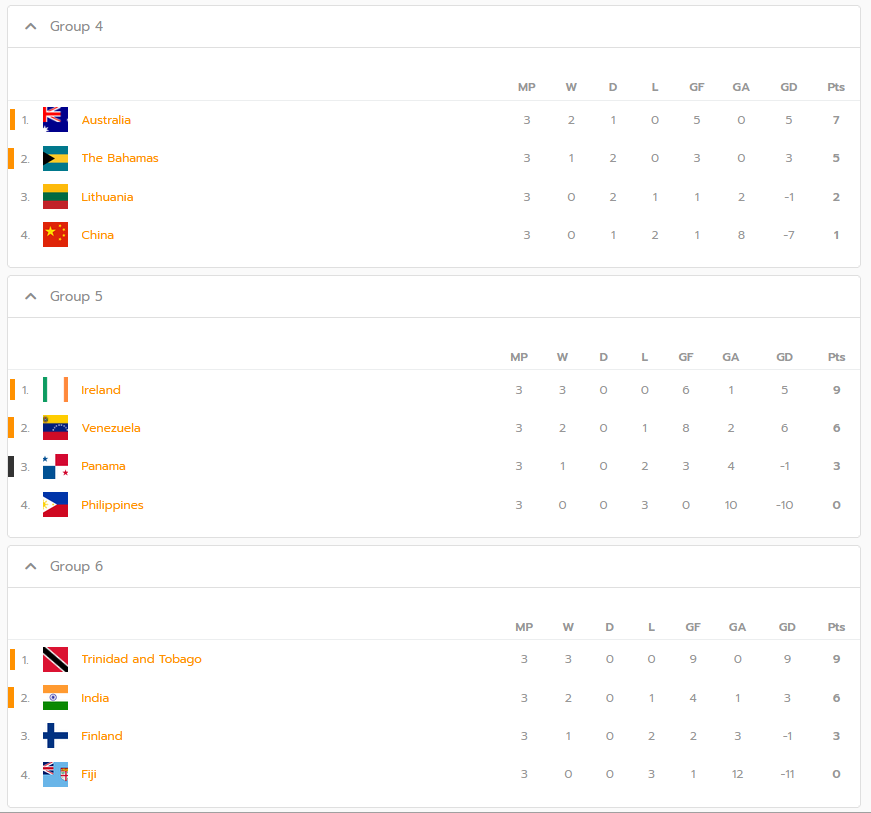 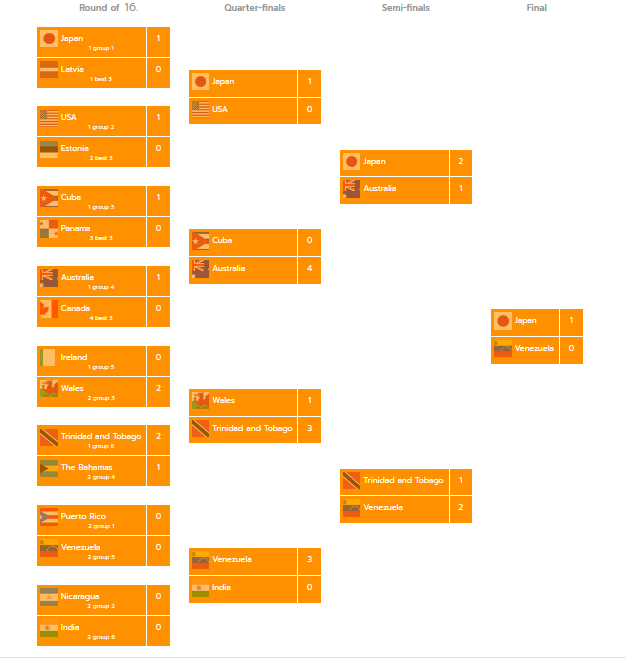 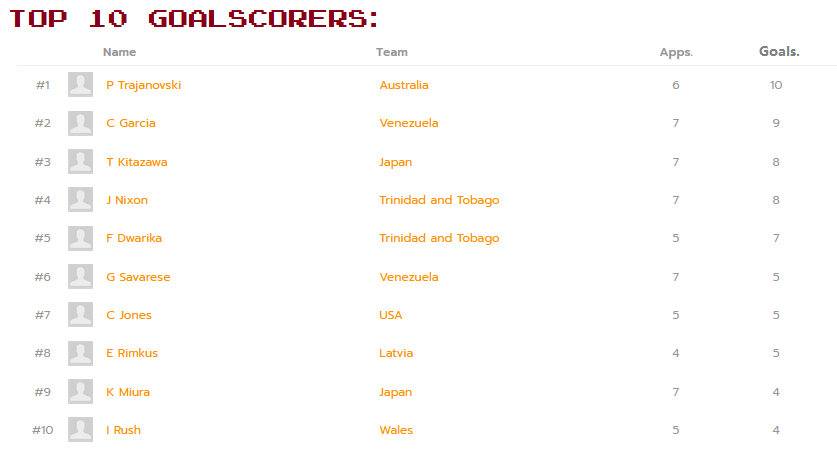 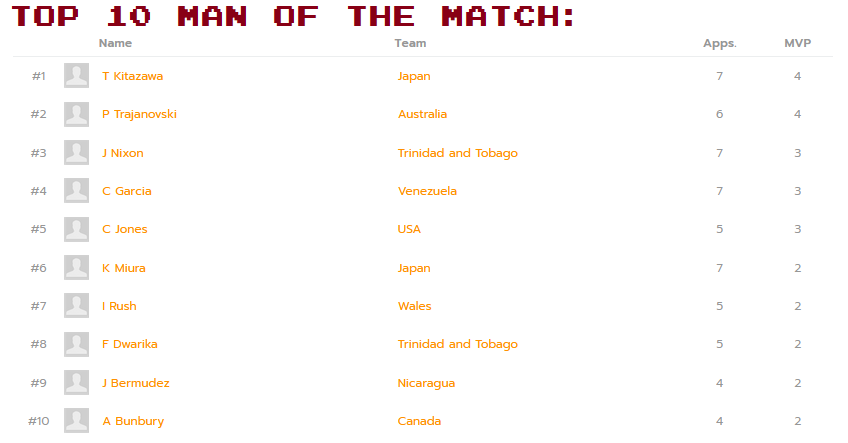 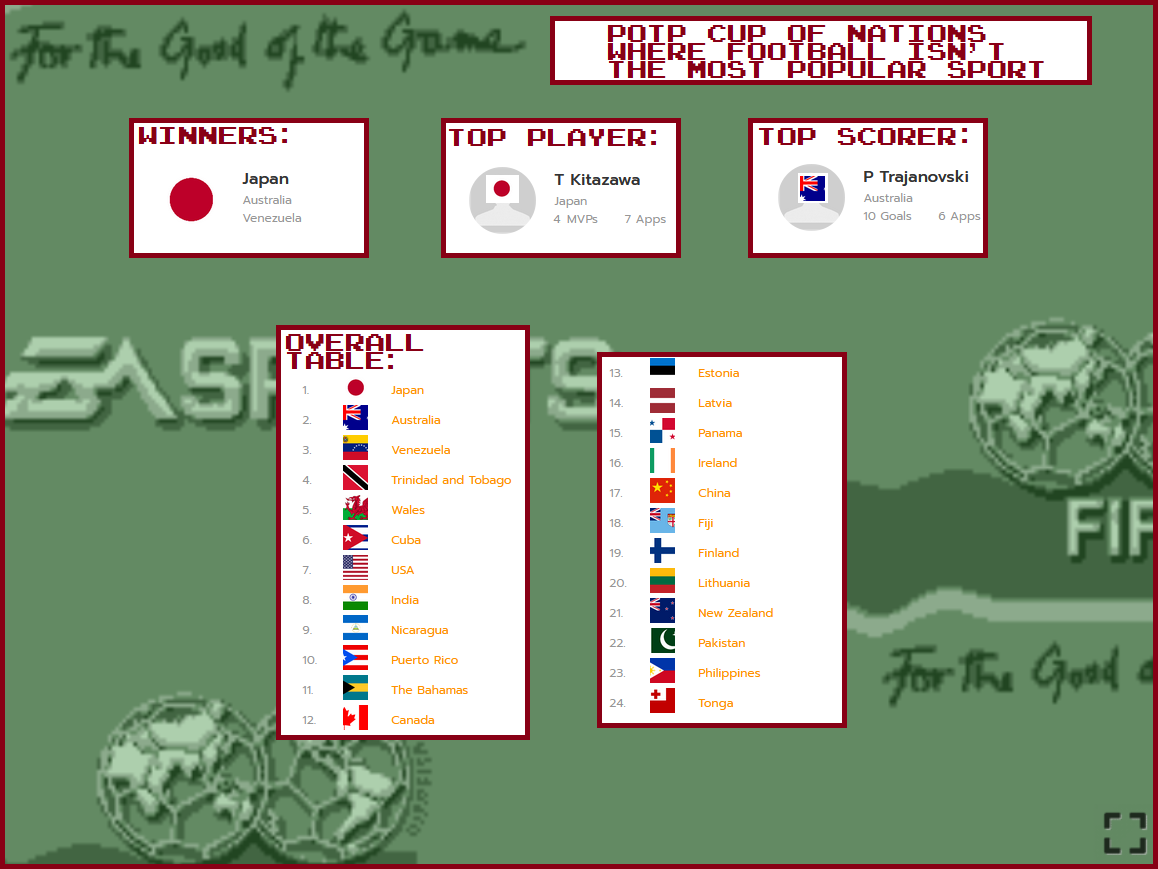