We thought we’d take things in a slightly different direction for our first “international selection” in Retro Shirt Reviews.

It goes without saying that the current fake shirt market is pretty abhorrent, from the shameless boasting of those who knowingly buy and don’t care, to the far more insidious situation of fakes being bought and sold at a profit to those who don’t know that what they’re purchasing isn’t genuine. Subtle inaccuracies (such as the awful “Opel” and crest on the well known Ireland 1990 fake going around) will irk kit nerds, but consumers can also be screwed out of their money on an absolutely shit piece of counterfeit merchandise.

As we’ve said before online, we’re not saying anyone who owns a fake or two should be too hard on themselves, we all break rules and there are even a few here at POTPHQ most of which we now regret (from a more innocent time, never again). One reason a fake can be acceptable, however, is retro novelty factor, especially when it originated in a New York thrift store and was brought back by a friend.

Contrasting the sleek, vintage 80s stylings of the genuine Adidas and others seen in previous installments, here we have a non-genuine, 2010 imitation-Umbro Guatemala away jersey (based off this), brimming with superfluous-but-excellent trimmings: The giveaway on the non-genuine aspect, among several, is the slightly wonky double-diamond. But you can’t stay mad at this shirt. A white sash dominates the front, with blue gradient coming up from the bottom left under the exotic Guatemalan coat of arms: Moving up the sash we find the crest. The green shape and white circle is (we think) meant to represent the parrot seen on the coat of arms, sitting on a football (as on a real 2011 away shirt here). The coat of arms appears again in white on the left sleeve, bringing the total number of parrots to three and riffles to four so far: On the other sleeve is the Guatemalan flag, except frustratingly WITHOUT the coat of arms. That was a good chance to get our parrot/riffle count even higher: 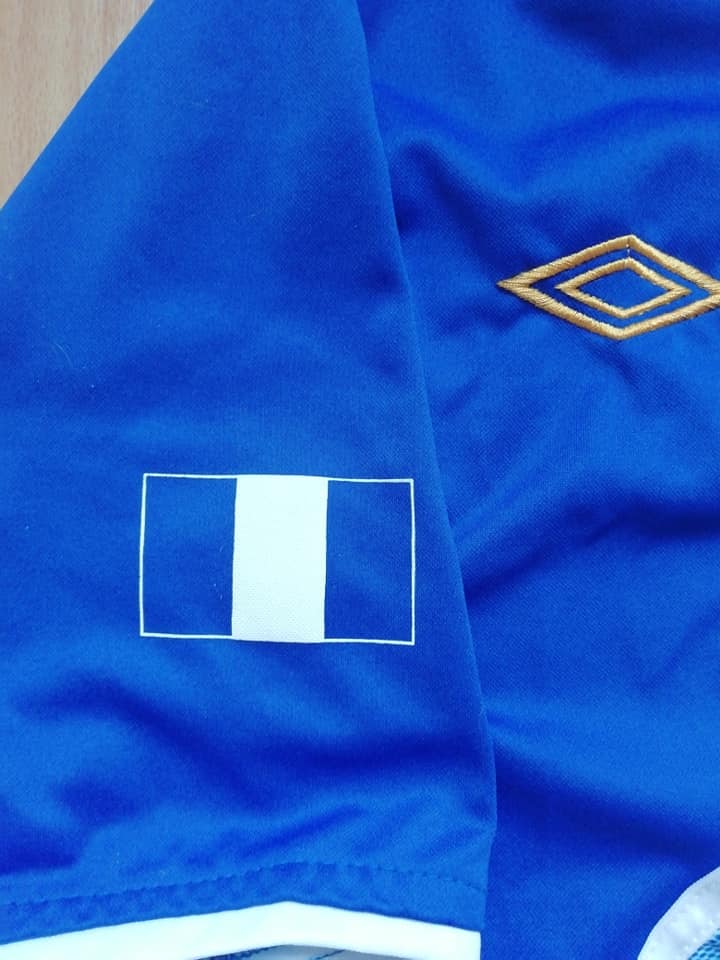 And on the back we get not one, but two “Guatamalas” – one embroidered near the top and the other printed at the bottom in larger, wavy font, with some extra fade effect in the middle for good measure: 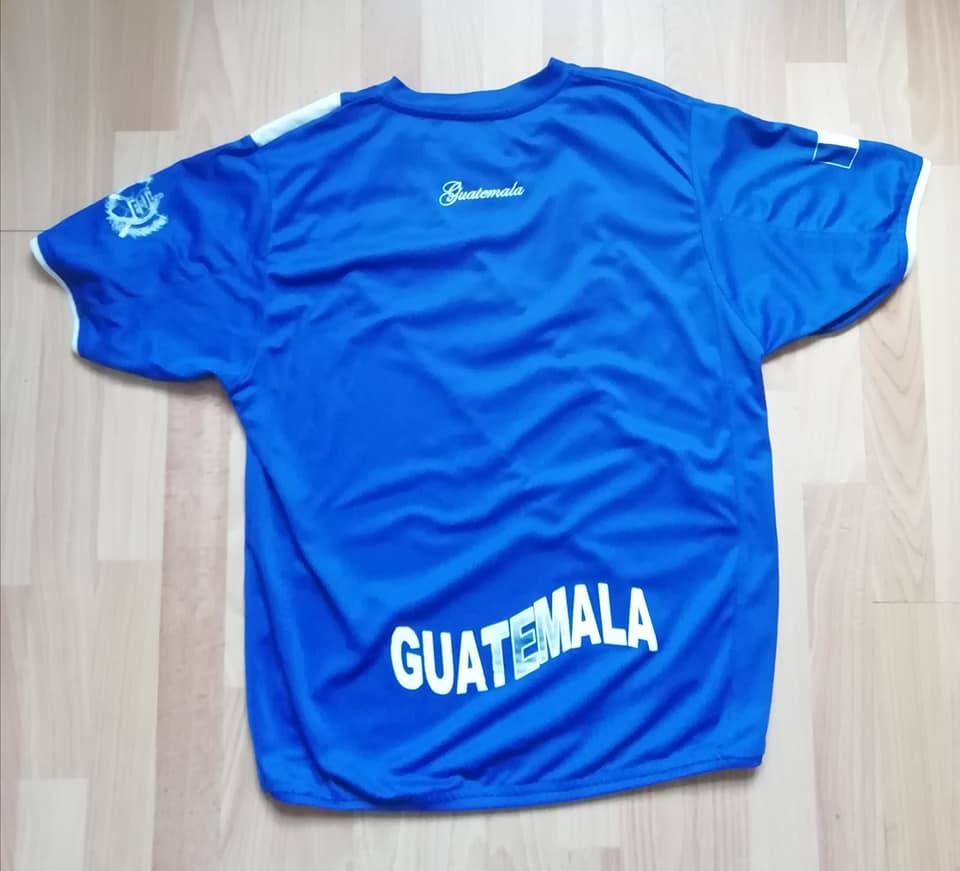